The Unhuggables, by Kena Sosa, earns the Literary Classics Seal of Approval 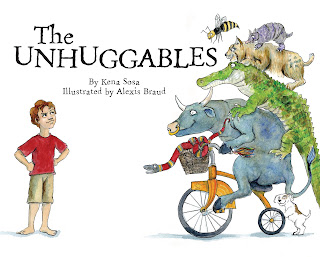 Young Oliver was having a bad day.  His mom wanted to make things better with a hug, but Oliver would have none of his mother's love or affection.  Every time his mom would try to wrap him in her arms, Oliver would threaten to become entirely unhuggable.  Assuming the role of various animals, he would persist in pushing aside his mother's attempts at an embrace.  Oliver's mother would insist that no matter how bristly he became, she could take it, until finally his resistance wore down and he succumbed to his mother's embrace.

Kena Sosa's The Unhuggables is an entirely relatable and all-together heart-warming tale of the enduring love of a mother.  Illustrations by Alexis Braud are perfectly paired with this book that is sure to become a favorite with youngsters and parents alike.  Recommended for home and school libraries, The Unhuggables has earned the Literary Classics Seal of Approval.