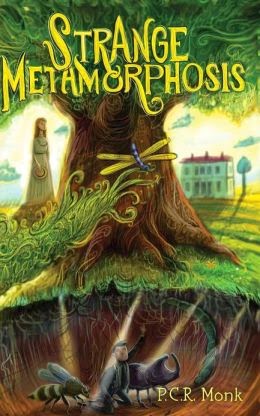 When P.C.R. Monk set out to write his debut novel, he did so with the flourish and finesse of an established author.  His book, Strange Metamorphosis, is as rich and layered as a buttery croissant and just as gratifying to devour.  Seasoned with sage tidbits of choice life lessons throughout, steeped in adventure and sprinkled with just a touch of romance, this book is perfectly balanced to provide an enticing read that is destined to become a treasured piece of literature for the young and young at heart.
Marcel Dassaud is a boy of exceptional talent who is at a stage in life where he must decide between two paths, both of which have the potential for completely divergent outcomes.  Reflecting upon his options, he finds himself uttering his contemplation to an ancient oak tree which, according to legend, possesses magical powers to impart great wisdom.  Moments later he finds himself shrunken to the size of the bugs he once collected for sport.  It is soon revealed to him by a gallfly that in order to return to his former state, he must embark on a quest to gather some of the royal jelly which is heavily guarded by bees.  He must do this within three days, or his metamorphosis into a bug will be complete and he will never return to his human state.
Along the way, Marcel discovers much about himself, his friends, and the bugs he encounters while seeking the royal jelly.  Strange Metamorphosis, is an exciting and whimsical adventure, written with great aplomb and a style which many authors can only hope to achieve within their lifetime.
Strange Metamorphosis, comes highly recommended for classroom educators and school and home libraries and has earned the Literary Classics Seal of Approval
LITERARY CLASSICS Book Reviews & Awards http://literaryclassicsreviews.com
Posted by Author.Pub at 10:13 PM No comments: 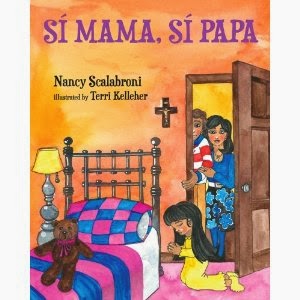 Deeply rooted in faith and family, young Helen loves her Mama and Papa and the Holy Family.  But she is a shy little girl and is afraid to embark on the unknown as her first day of school approaches.  In a rare act of defiance, she refuses to go to school.  But she is gently reminded by her mother that good things come from obeying and that even Mary and Jesus did things that at times were unpleasant, although they would have preferred not to.

Si Mama, Si Papa is a lovely book with a positive message and an uplifting outcome.  Children will be able to relate to Helen's fears and insecurities as she tries to overcome her shyness.  The overall message that good things come to those who obey is a beautiful lesson for young children.

Si Mama, Si Papa, by Nancy Scalabroni, is a bilingual story - told first in English, and then in Spanish.  This book is recommended for home and libraries and has earned the Literary Classics Seal of Approval. 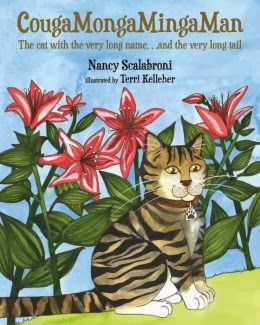 What do you do when you have a cat with an exceptionally long tail?  Why you give it a really long name, of course.  CougaMongaMingaMan is the tale of a tail (and the cat to which it is attached) which draws quite a lot of attention for its exceptional length.  As CougaMongaMingaMan gathers with his neighborhood feline friends each day we are introduced to a unique cast of characters, all of which make for a fun and interesting read.

Author Nancy Scalabroni has created an imaginative story where the cats are the main characters and all their personalities shine as she portrays the leisurely life of this interesting group of friends.  Kids are sure to enjoy this children's picture book which is sure to ignite their creativity.

CougaMongaMingaMan has earned the CLC Seal of Approval.

Deputy Dorkface Does it Again! CLC Seal of Approval 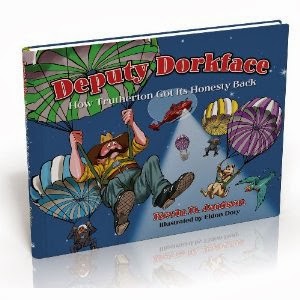 Deputy Dorkface, How Trutherton Got Its Honesty Back, is a raucous, riotous read with a terrific message for young readers.  Kevin D. Janison has a real knack for entertaining kids all the while teaching life lessons they will enjoy learning.  When the citizens of Trutherton experience lies for the first time ever, they are thrown into a state of confusion.  Assuming that everyone is being truthful, they act upon the lies as though they were truth.  This leads to chaos, the likes of which Trutherton has never seen.

Illustrations by Eldon Doty are a perfect match for the witty text within the pages of this great read.  Kids, parents, teachers and librarians alike will fall head over heels for this literary treat.

Deputy Dorkface, How Trutherton Got Its Honesty Back, belongs on bookshelves everywhere and has earned the Literary Classics Seal of Approval.

Sardis and Stamm Earns the CLC Seal of Approval 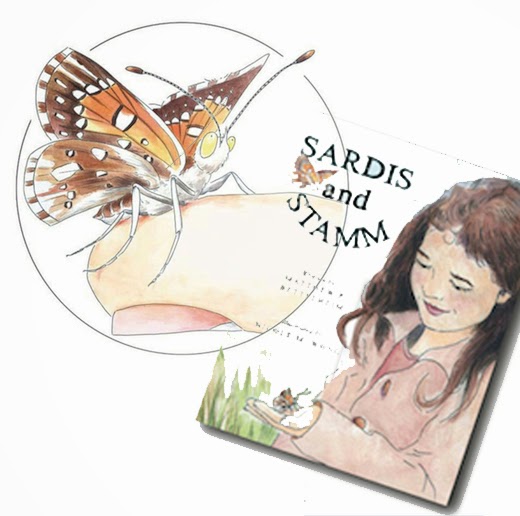 Sardis and Stamm, written by Matthew P. Bettelheim and illustrated by Nicole M. Wong, is a beautiful book with a lovely message.  The Lange's metalmark butterfly is in danger of extinction.  Having lost all but two small parcels of land in Antioch, California for its survival, each butterfly that remains is precious and rare.  When young Sardis comes across an injured metalmark, she treads the path to the butterfly's habitat to help ensure the life of the metalmark will carry on.

Told in rhyme, employing use of exquisite imagery, this book is a delight to read.  Fantastic illustrations wrap up this book in a perfect little package.  Sardis and Stamm is an excellent addition to any school, classroom and home library.  It provides a rare combination of literary treasures that will keep young readers wanting to come back again and again to experience the pages of this exceptional book.

Sardis and Stamm comes highly recommended and has earned the Literary Classics Seal of Approval. 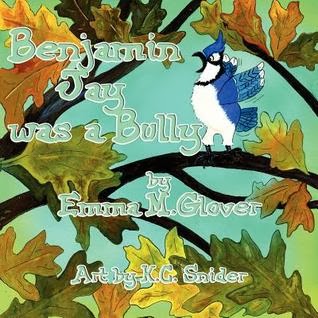 Benjamin Jay Was a Bully, written by Emma M. Glover, a former elementary school teacher, offers great insight into dealing with bullying and is a great book for use in classroom discussions.  This book has earned the Literary Classics Seal of Approval.

A Creeping Nothingness Came Crawling Earns the Seal of Approval

A Creeping Nothingness Came Crawling is not your average or ordinary children's picture book; in fact, it is almost a bit unsettling... almost.  But then there it is... Hope, Inspiration and Light.  This book stirs emotions, makes children think, and creates a sense of strength and empowerment.

Simply and powerfully written and illustrated, A Creeping Nothingness Came Crawling is a great book for opening up discussion and inspiring children to learn that they can be a source of light.

A Creeping Nothingness Came Crawling is recommended for classrooms, home and school libraries and in counseling settings.  This book has earned the Literary Classics Seal of Approval

I Like Pink, by Vivian Zabel, Earns the Literary Classics Seal of Approval 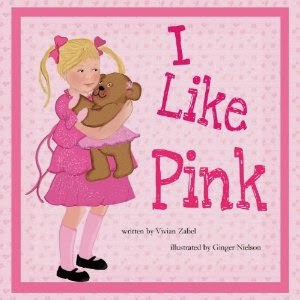 I Like Pink, by Vivian Zabel, is the story of a little girl who is on a quest for the perfect pink dress.  While shopping with her mother, she considers countless dresses that are all made from fabric in varying shades of pink.  At first she is bemused and a little frustrated with all the different colors.  But as the sales-clerk and her mother help her to understand that pink can come in many varying shades, she comes to realize and accept that she likes all kinds of pink.

I Like Pink is a book with which many little girls will relate.  Expressive illustrations are a wonderful complement to this book, which will educate and entertain children who are fans of the color pink.

I Like Pink earns the Literary Classics Seal of Approval 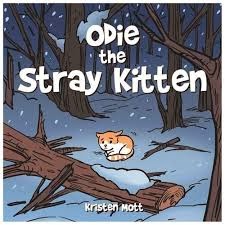 Odie the Stray Kitten is the endearing tale of a little orange kitten which loses its family out in the forest.  Odie is cold and scared until he happens upon a barn.  Sneaking inside to get out of the cold, he soon encounters a girl who takes him in and gives him a home.

Author Kristen Mott, has crafted a tale that speaks volumes to children about loss and the fears that arise when one feels all alone.  Both author and illustrator have skillfully depicted this tale which addresses Odie's plight with a sense of calming serenity.

Wonderful illustrations by Lowell Hildebrandt, are perfectly paired with this book which is a true gem of a read.  We highly recommend Odie the Stray Kitten for classrooms, school and home libraries, and in counseling settings for children dealing with loss.

This book has earned the Literary Classics Seal of Approval.


Nicole Weaver has created a new counterpart to her award winning picture book, My Sister is My Best Friend.

My Brother is My Best Friend, is an enjoyable and easy read.  Two playful and inquisitive boys enjoy each other's company as they have fun and explore.  The book is told in three languages, English, Spanish & French.  Each language is highlighted in a different color, allowing the reader to differentiate between the languages.  This is a fun book to read, while at the same time helping readers to become immersed in the different languages.  The powerful bond of twin brothers is an undercurrent to this story, so non-twins would be equally as engaged by this book.

A glossary and word-search at the back of the book are helpful to teach kids about unfamiliar words used within the body of the book.

This book comes highly recommended for home and school libraries and has earned the Literary Classics Seal of Approval.