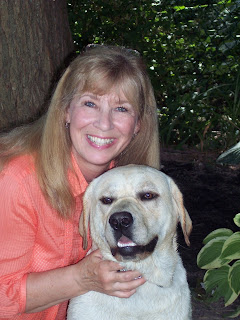 ​
WHEN DID YOU FIRST KNOW YOU WANTED TO BE A WRITER AND WHY?
When I was quite young, I loved to write plays. I wrote a few shorts and sent them to magazines and then life blossomed and I didn't begin to get serious until my five children were older and I could find personal time.
​
AS A CHILD, WHAT DID YOU ASPIRE TO BE WHEN YOU GREW UP?
An Actress. I did star in a few local plays, and took acting lessons, but then life happened and started me on a different path.
​
HOW DID YOU GET THE IDEA FOR YOUR AWARD WINNING TITLE?
Coming up with a title for my books has been and still is frustrating for me. I must change the title a hundred times before being satisfied.
​
WHAT IS YOUR FAVORITE LINE FROM YOUR AWARD WINNING BOOK AND WHY?
In Don't Forget to Breathe my favorite line is: "People are flawed, big time. I learned it the hard way."
​
WHICH CHARACTER FROM YOUR BOOKS DO YOU BELIEVE IS MOST LIKE YOU AND WHY?
Seeley Chase in Wickedly They Come. She's a caring loving mother.
​
WHAT MESSAGE DO YOU HOPE READERS WILL GLEAN FROM YOUR AWARD WINNING BOOK?
In Don't Forget to Breathe the message is hope in a flawed world.
In Tallas the message throughout the book is perseverance, the never ending fight for justice & freedom. The battle between right & wrong.
​
WHAT OTHER BOOKS HAVE YOU PUBLISHED?
Wickedly They Come
Wickedly They Dream
Snow on Cinders
​
​
WHICH AUTHOR HAS MOST GREATLY INFLUENCED YOUR WRITING STYLE?
So, so many. Suzanne Collins, Cassandra Clare, Veronica Roth, Marie Lu, Jan Karon, and of course, J.K.Rowling.
​
WHAT BOOK HAS HAD THE GREATEST IMPACT ON YOUR LIFE?
The Bible.
​
WHAT HAS BEEN YOUR GREATEST LITERARY ACCOMPLISHMENT?
Receiving the Gold Award for Literary Classics for Don't Forget to Breathe. And receiving the Silver Award from Literary Classics for Tallas.
​
DO YOU HAVE ANY WRITING RITUALS?
I love to write in the early mornings. Preferably outside (in the summer) with a cup of coffee.
​
HOW DID YOU GET PUBLISHED?
I did have an agent for two years, but then we amiably parted ways. I found my publisher Crushing Hearts and Black Butterfly through the Internet and it's a relationship that's been thriving.
​
WHAT DID YOU DO TO CELEBRATE WINNING YOUR AWARDS?
Framed my wonderful certificates!!
​
CAN YOU DESCRIBE THE PROCESS OF BECOMING PUBLISHED AND ANY TIPS YOU MIGHT OFFER FOR OTHER ASPIRING AUTHORS?
For aspiring authors my best advice is perseverance! Of course, read, read, and read to hone your craft. And~Don't give up . . . and grow a thick skin of armor!!
​
CAN YOU OFFER ANY ADVICE FOR WRITERS ON HOW BEST TO PROMOTE THEIR BOOK?
Bloggers will happily help to promote your books and that is normally free advertisement. Promoting your books in Facebook groups is also free. Facebook also offers ads for money. You have to look at publishing like a business, like any business you have to put money into to it to thrive. With that said, check the Internet for wonderful book promoters.
​
IS THERE ANYTHING ELSE YOU'D LIKE TO SHARE WITH OUR READERS?
I'd like to thank all my readers for their support. And reviews are always great for authors, hint, hint.
​
DO YOU HAVE ANY NEW BOOKS IN THE WORKS?
Actually, I do. I just completed a YA/Fantasy. I'm in the process of writing a YA/Contemporary Spooky Thriller.