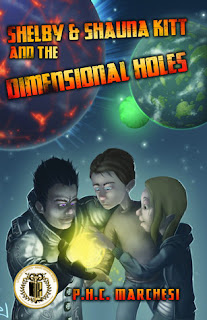 HOW LONG HAVE YOU BEEN WRITING?
Ever since I can remember, I've made up stories. I always seemed to be daydreaming, inventing exciting places and adventures for myself. Often I'd run entire adventures in my head while doing something else! Once I was able to write, I began putting together home-made picture books of short stories with my own illustrations. The drawing habit eventually died off, and I focused more and more on writing as I composed several short stories as a teen. Eventually, the stories got so big I began to consider writing novels instead of short stories.

WHAT INSPIRED YOU TO BEGIN WRITING?
As a kid, I remember writing little picture books that I illustrated and put together myself. I also remember writing for different occasions: for example, one of the earliest things I wrote was a eulogy on the death of a beloved pet fish. I didn’t know it was a eulogy back then, of course. All I knew was that I had to write something, because it was the only way I could deal with the situation. As I grew up and continued writing, I found that I preferred writing fantasy/sci-fi – especially since I spent a great deal of time daydreaming about different worlds. I always had so much imagination that the need to get it all onto paper was enormous - in a way, it was a huge relief not to have it all in my head.  I learned to put my feelings, experiences, and life observations within the alien worlds I created.

WHAT WAS THE INSPIRATION BEHIND YOUR AWARD WINNING TITLE?
My own life. When I was a teen, I moved from Brazil to Austria. I still remember, as if it were yesterday, the excitement I felt at the prospect of having a great adventure (that's how I thought about moving to a different country, where the language, culture, and climate were all different from what I was used to). I incorporated those memories into my novel, where thirteen-year-old Shelby and his twin sister Shauna go on an incredible adventure to a parallel dimension. All of my characters, in some way or other, exhibit behavior I've either observed through the years, or have experienced myself.

Before I moved to Vienna, I lived in Rio de Janeiro. Its amazing flora and fauna became the inspiration for Valmorax, the capital city of Miriax. Valmorax is a highly advanced city within the jungle – technology and nature blend in its organic architecture – and has many exotic creatures and plants. The international school environment also influenced my writing, since some of the customs and manners on Miriax are a blend of the many cultures and languages I was exposed to growing up.

IS THIS YOUR FIRST BOOK?
Yes. I’ve also published articles about literature, and have written the book and lyrics for several musicals, the latest of which is North and South, the Musical (http://www.northandsouththemusical.com).

TELL US  ABOUT YOUR NEXT BOOK:
I'm currently working on the sequel to Shelby and Shauna Kitt and the Dimensional Holes. Writing a series has its own challenges, such as the balance between old and new elements and settings, but I’m excited to tackle these challenges and continue the coming-of-age journey of Shelby and Shauna. The most thrilling part of all is imagining incredible new places for them to visit on their new adventure. The novel will be available in May, and readers can purchase it online through the usual channels (Amazon, Barnes & Noble, etc.).

TELL US A LITTLE ABOUT YOURSELF:
I have a P.h.D. in English, and teach British literature at Northern Arizona University.  I love teaching undergraduates and discussing literature!

TELL US SOMETHING INTERESTING THAT OUR READERS MIGHT FIND FASCINATING ABOUT YOU:
I was born in Rio de Janeiro, Brazil, and lived there for several years until my family moved to Vienna, Austria. I attended the International School in Vienna, learned English and German (in addition to Portuguese, which was my native language), and met kids from all over the world. I also got the chance to travel to several countries, and experience different cultures. Eventually I came to the United States for college, and then graduate school.

WHAT DO YOU MOST ENJOY DOING IN YOUR SPARE TIME?
Going for walks, reading, hanging out with my pets and my family, and having tea.

WHAT'S YOUR FAVORITE TV SHOW/MOVIE?
To be honest, I’ve watched very little television recently. Between teaching and writing, I’ve had almost no time to sit in front of the TV and watch something from beginning to end. As a child, ET and the Star Wars trilogy were my favorite movies, and I was completely hooked on sci-fi shows such as Star Trek, Battlestar Galactica, and Buck Rogers. Later it was Babylon 5 and Star Trek:Voyager, which I still enjoy to this day.

WHAT CHALLENGES DO YOU FACE AS AN AUTHOR?
The hardest challenge is finding time to write with a full-time teaching job. Another significant challenge is learning the odds and ends of publicity/marketing, and carving out additional time to promote my writing and make it visible to the public.

DO YOU HAVE ANY ADVICE FOR OTHER ASPIRING AUTHORS?
The most important thing is to write your first draft. Don't agonize over whether it will be perfect. Since you have a story to tell, do it! It’s really that simple. From your first draft you can begin to polish and fix things. It's amazing how much a story develops from the first draft. If you worry too much about making the first draft perfect, however, chances are you'll stifle your story (or yourself) by demanding that everything fit perfectly on the first try. It's a draft - that's all it is. From there the fun begins.

IS THERE ANYTHING ELSE YOU'D LIKE TO SHARE WITH OUR READERS?
My novel is family-friendly and can be enjoyed by a wide age group. It follows thirteen-year-old brother-and-sister twins whose lives change drastically when a planet from a different dimension (Miriax) recruits them to seal a dimensional hole that allows evil aliens to travel to Earth. From that moment on, Shelby and Shauna Kitt find out that the universe is full of life-draining Klodians, space ghosts, cities in jungles, books that choose their readers, walls that spit, and tea houses serving lilac tea with mushrooms. Shelby and Shauna also discover certain special powers they have, and realize that those alone aren’t enough to defeat evil and turn them into heroes.

In spite of all the evil Shelby and Shauna Kitt have to face, the mood of the novel is joyful and optimistic. I wanted to empower young readers and highlight the value of friendship, teamwork, creativity, courage, and compassion. These are, I think, essential qualities for individual and global success in the 21st century.

Losing It, by Erin Fry, earns the Literary Classics Seal of Approval 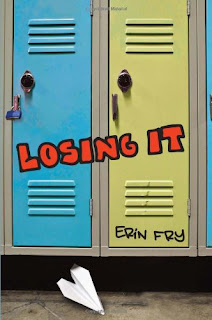 Every once in a while you come across a book this good...

Losing It is the story of a young boy who shares his dad's passion for baseball and junk food.  But when his father suffers a stroke, Bennett is forced to move in with his aunt and her family.  Bennett resents his situation almost as much as he resents his meddling aunt and her health-nut-tendencies.  But he soon comes to realize that his poor eating habits, paired with his aversion to exercise, will not help him to live a happy and productive life.

Genuine characters bring this story to life as young Bennett learns to find his inner strength along with the drive to succeed in ways he never dreamed were possible. You'll find yourself cheering for the "fat boy" as this unlikely hero conquers his weaknesses and fears and learns that sometimes it's OK to come in last.

Author, Erin Fry, has succeeded in creating a truly magnificent work of youth fiction.   Losing It is a triumph and a must-read for young audiences!