In the Shadow of War, by Patrick Garry, earns the Literary Classics Seal of Approval 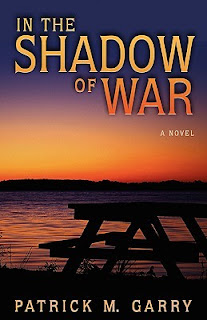 Glen, a recent high school graduate, blames himself for his brother's death as he and his close-knit family deeply mourn the loss of their dearly departed.  Meanwhile, Corcoran, the town in which they live, has become nearly extinct.  Glen's grandfather, determined to save their beloved town, urges his family to stay even while most residents have taken their leave.  In a wildly eccentric scheme to breathe life back into the town, he invites the wives of soldiers serving in Vietnam to make Corcoran their home.

In the Shadow of War is a nostalgic coming of age tale which takes place in rural America in the 1970s.  Author Patrick M. Garry's depiction of life in the Midwest during this pivotal time in history is highly relatable.  This beautifully penned love story is recommended for home and school libraries and has earned the Literary Classics Seal of Approval.

Email ThisBlogThis!Share to TwitterShare to FacebookShare to Pinterest
Labels: Award-winning YA books, Best YA books, Recommended YA books