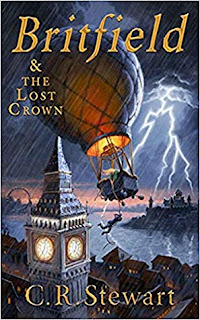 Tom has lived at Weatherly Orphanage for most of his young life.  Run by a miserable lot, Weatherly is more like a prison than an orphanage and the kids there are deprived of many things, including books to read.  The kids at Weatherly, who are all referred to by numbers rather than names, take turns sneaking books from the main house where the owners live.  This worthwhile but dangerous task is done in the dark of night and each of the older kids takes a turn to ensure the orphans will have a fresh supply of books to read.  But when it's Tom's turn to sneak a book he soon becomes suspect and is interrogated by one of the thugs who runs the place.  That's when Tom's world is turned completely upside down, because he soon learns, to his surprise, that his parents may still be alive.  Determined to discover the truth about his past, he and his best friend, Sarah, make plans to escape Weatherly. With the help of the other orphans, Tom and Sarah are soon off on a grand adventure where the two will experience places and things beyond their wildest imaginations.

Author C.R. Stewart's Britfield & The Lost Crown is a thrilling tale with loads of adventure and unexpected twists that will captivate youth audiences.  Recommended for home and school libraries, this book earns the Literary Classics Seal of Approval.