The Rose Queen, by Alison McBain, earns the Literary Classics Seal of Approval 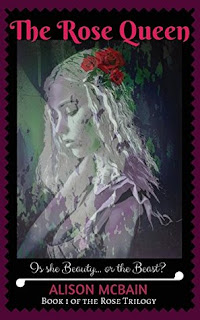 Princess Mirabelle was a striking beauty with wit and wisdom to match.  She was young, and defiantly brazen, despite the duties to which was bound.  Just one year after her mother's death, her father the king announced her betrothal to a man twice her age.  It was a marriage of alliance, arranged by a man who regarded her only as a pawn to use to his advantage to seal a treaty.  But despite her obligation, she defiantly refused to marry the duke, an evil sorcerer, and entirely grotesque man.  Taken aback by her refusal to marry him, the duke cast a spell upon the princess, turning her into a hideous beast.  Only love could reverse the spell, and she had only three-years-time before it would all be too late.

Author Alison McBain puts a clever spin on the familiar Beauty and the Beast tale with this utterly enchanting retelling of the classic story.  Wonderfully penned and altogether a joy to read, The Rose Queen, is recommended for home and school libraries and has earned the Literary Classics Seal of Approval.

Email ThisBlogThis!Share to TwitterShare to FacebookShare to Pinterest
Labels: Best YA books, Best YA fairy tales, Best YA Fantasy Fiction, Recommended books for YA, Recommended YA fiction