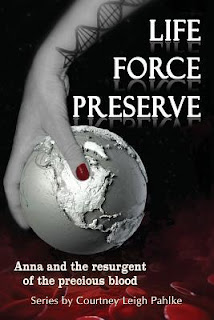 Anna has had a series of near-death experiences.  It seems at every turn there's an accident waiting to happen, with her as the target.  She's becoming far too familiar with hospitals, but even more than that, she feels as though she's being watched.  And the faces of those watching her seem eerily familiar.  But learning the truth behind the accidents and the full realization that she is indeed being followed is even more unsettling.  Anna soon learns she's at the center of a mystery that transcends continents and defies medical science.

Author Courtney Leigh Pahlke's Life Force Preserve is an eerily suspenseful book that will keep readers guessing with every turn of the page.  Recommended for home and school libraries, this book has earned the Literary Classics Seal of Approval.