Unveiling the Wizards' Shroud earns the CLC Seal of Approval 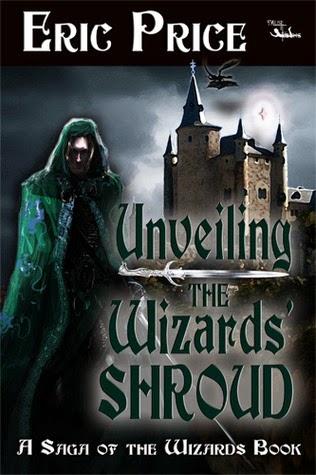 Unveiling the Wizards' Shroud is the tale of Owen, a boy who is the likely heir to his father's throne.  But Owen has no desire to become king and dreads the moment when, on his fifteenth birthday,  King Kendrick will most likely announce that he is to be his father's successor.  But when the king becomes ill, Owen's only hope is to turn to Cedric, the wizard who may have been responsible for his mother's death.

Author, Eric Price has crafted a gripping story, full of imagery, that draws the reader into Owen's quest which takes place in a fanciful world of magic and mystery.

Unveiling the Wizards' Shroud is an enjoyable read that would make a great movie for teens.  This book has earned the Literary Classics Seal of Approval.