The Red Sheet earns the Literary Classics Seal of Approval 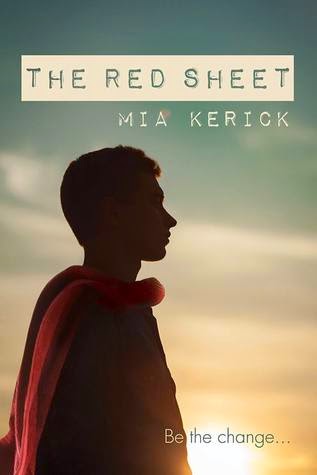 When Bryan starts to develop a friendship with a gay boy named Scott he keeps it a secret from all his "jock" buddies.  But then one ill-fated Saturday night he experiences a life-changing event that is so traumatic his memory entirely blanks out what happened.  As Bryan tries to piece together the fragments of what took place that evening he begins seeing things from a fresh perspective, and he doesn't like what he sees.

As Bryan comes to terms with who he is and who he is not, he learns to embrace a new life in which he allows himself and others to be true to themselves.

Author Mia Kerick has written a powerful coming of age, coming-out novel that is well written and deeply profound in its sincerity.

Young Adult Audience - This book contains some graphic content which may not be appropriate for a younger audience, but the overall context is well written and tastefully represented.