Firelight of Heaven earns the Literary Classics Seal of Approval 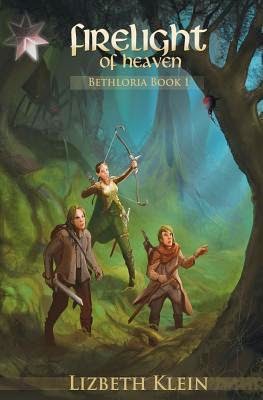 Robbie and his brother Dougray are orphaned brothers who are being raised by their grandfather, Faolan.  They live in the land of Bethloria, which has been under the evil dynasty of King Morgran for nearly seventeen years.  Bethloria, a world populated with dwarves, rock trolls, dragons, and soldiers with enchanted cloaks, is a wildly fantastic place where black magic and powerful jewels are commonplace.

When the boys are forced to leave home, they travel to a forbidden mountain to search for seven lost crystals which they will need in order to put an end to King Morgran's tyranny.  There, they are joined in their quest by a charmingly quirky elf girl named Belle.

Author, Lizbeth Klein, has done a terrific job creating a highly engaging story with well-developed characters in an action packed read that is sure to be a hit with young readers.  Fans of Firelight of Heaven will most definitely be on the edge of their seats waiting for the release of the next book in the Firelight Series.

Firelight of Heaven is an exciting adventure for both boys and girls.  This is a delightful fantasy that comes highly recommended and has earned the Literary Classics Seal of Approval.