The Great & the Small earns the Literary Classics Seal of Approval 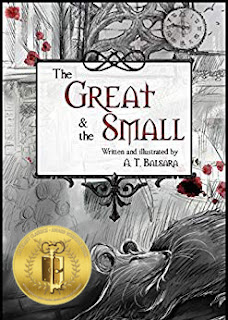 Humans have been destroying rats for generations.  Now the rats have decided that it’s time for a revolution.  With plans to exterminate the humans who have caused nothing but grief and misery for so long, the rats are staging a high-stakes war.  But when Fin, nephew of the rat’s beloved leader, is injured and a human comes to his rescue, he has a change of heart and the rat colony becomes divided.  Author A.T. Balsara is an extremely gifted writer who has skillfully crafted an insightful novel about courage, loyalty and social responsibility.  This gripping tale speaks volumes on many underlying themes which add greater depth and symbolism to an already powerful story.  Highly recommended for home and school libraries, The Great & the Small has earned the Literary Classics Seal of Approval.