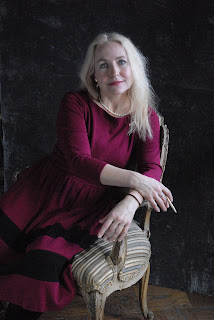 The idea of becoming a writer never entered my head until I came to the United States from Russia. But with little English, it was inevitable that I set my mind on studying it seriously. In 2004, I signed up for an ALCC American language course in Manhattan. To make a decision about the level of my knowledge, the teacher asked me to write about myself. “My name is … I was born in … I came from …” Something like this, she said. Boring, I thought. Let me write a story. And I did, about a young man in a train car who gave his nose a good blow into his kerchief, which he took from his head, and after looking carefully at the result of the action, tied his head with the kerchief again.

At the next class, I presented my very first literary opus to my teacher. While she was reading, I watched her eyebrows shoot up repeatedly. When she gave me back the piece of paper with my scribbles, she said, “You must publish it.”

Years later, after two manuscripts of 600 pages and 250 pages, which I decided not to publish, the idea of writing about WWII came to my mind. Maybe it was inspired by memories of a dilapidated peasant hut in a hamlet about 80 miles from Moscow, which my parents bought in 1980 to spend summer vacations. On the edge of that one-street village, an old weeping willow shadowed a fenced overgrown grave with a metal cross and a plate. It was engraved with the names of five local men and two unknowns and the words, Shot by Germans in December of 1941. From then on, my imagination took me into Serafima’s story, a fictional tale of love, violence, and forgiveness. The Cruel Romance was born.

Unlike so many novels about the carnage of WWII and the Holocaust, The Cruel Romance covers lesser-known facts about the hardships of ordinary Russian people during that horrific time, bringing a human aspect to their ordeal.

The Cruel Romance is a multi-award winning book (you can find the full extent of awards for this and other books on my website (http://marina-osipova.com).
My next story touches a similar human subject set against the background of WWII. Titled How Dare the Birds Sing, it is a bittersweet story of romance, war, and unavoidable fate. I hope to publish it in 2018.
As a writer, I can’t claim all the success of my writing without mentioning the unquestionable influence of my literary teachers, my editors, and the contest judges – my sincere “Thank you” to them. 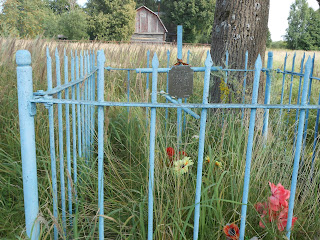 Email ThisBlogThis!Share to TwitterShare to FacebookShare to Pinterest
Labels: Award winning books about WWII, Award-winning YA books, Best YA books