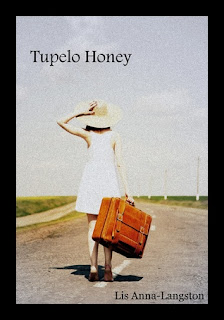 When it comes to allies, Tupelo Honey is in short supply.  Her mom’s only real focus is on instant gratification.  So, Tupelo Honey (named after the place where Elvis was born) is often left floundering as her mom explores one after another of her self-serving ambitions.  Her grandmother, known to all as Marmalade, would be there for her if she could, but she’s already got her hands full with two grown sons who are both touched with mental afflictions, one quite a bit more than the other.  Her mom’s boyfriend, Nash, could be her one saving grace, only his drug-dealing business is an occasional hindrance in his ability to serve as a true father figure.  Thankfully she has Moochi, an imaginary friend that always seems to pop up when she needs him most.

In this coming-of-age tale of a girl armed with an innate sense of self-preservation and a great deal of spunk, Tupelo Honey is a character with whom readers will feel an instant connection.  This beguiling girl rolls with the punches, as she muddles through a delightfully charming and entirely dysfunctional adolescence.  Author Lis Anna-Langston is a remarkable story-teller who paints wonderfully vivid details in this novel of a pragmatic young girl who, despite all odds, manages to land on her feet time and time again.  Recommended for home and school libraries, Tupelo Honey has earned the Literary Classics Seal of Approval.

Email ThisBlogThis!Share to TwitterShare to FacebookShare to Pinterest
Labels: Award winning YA fiction, Best YA books, Best YA Fiction, Books about dysfunctional families, Recommended YA fiction, YA Fiction