Secrets of the Home Wood: The Sacrifice, by Julie Whitley, earns the Literary Classics Seal of Approval 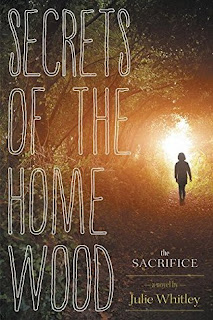 Following an altercation with his father, Jonathon’s mom has left home, saying she’d return in a few days.  But later, hearing his dad engage in a heated phone call, Jonathon can’t help but wonder if there’s more to what’s going on.  Then one morning after seeing his father head toward the Home Wood, a patch of forest behind his grandfather’s farm that’s shrouded in mystery, he follows his dad.  All his life Jonathon has heard talk, hushed whispers of a family secret kept hidden for years.  So, the tension is nearly palpable when Jonathan sees his dad sitting near a large tree in the forbidden woods and then, suddenly, he disappears.