A Casualty of Power, by Mukuka Chipanta, earns the Literary Classics Seal of Approval 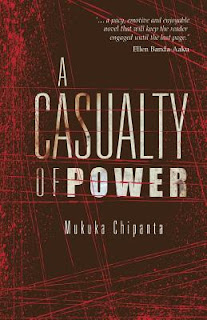 Hamoonga Moya is a young man who hails from the Copperbelt province of Zambia.  He is full of hopes and dreams for a bright future as a journalist. But idealism meets reality when he’s forced to serve time for a crime he did not commit.  Following his release seven years later he finds work at a copper mine where he becomes embroiled in Union politics and eventually takes on a leadership role in that capacity.  He learns firsthand of the ill-fated pawns who suffer as a result of those who would benefit most from exploiting the people and resources of Zambia.

Beautifully told, with haunting clarity and telling insight, Hamoonga’s story is a powerful message of the ways in which cloying greed can insidiously attack and ultimately destroy resources and the innocent lives of so many.  An achingly compelling glimpse into the life, culture and struggles of the people of Zambia, this riveting first novel by Mukuka Chipanta is highly recommended.