Once Confronted, by Lynne Stringer, earns the Literary Classics Seal of Approval 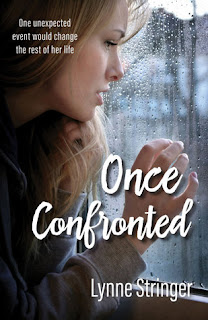 Madison’s best friends are on the trip of a lifetime spending part of their gap year in Europe.  Meanwhile her parents feel it just isn’t safe; so instead, she’s in Sydney, only an hour plane ride from her home in Brisbane.  Working in a coffee shop that doubles as a book store wasn’t exactly what she’d had in mind for her big year.  But hey, at least one of her co-workers is nice to look at.  Then, irony of all ironies, one night at work she’s robbed at gunpoint.  So much for a safe gap year experience.  Following the incident Madison returns home, hoping to put the horrifying memories of the robbery behind her.  Easier said than done when an overwhelming sense of fear has all but consumed her.  But when she has the opportunity to meet with her assailant for a restoration conference she’s not sure what to do.  She knows she needs to find a way to start healing from her trauma, but she just doesn’t know if this is the best way, or if she’ll even be ready to see him ever again.

Once Confronted is a moving story that sheds light on the trauma experienced by victims of assault.  Author Lynne Stringer has crafted a powerful book with an important message of healing and forgiveness.  Readers will be drawn to Madison’s story as she struggles to move on despite an overwhelming urge to hide from her fears.  Recommended for home and school libraries, Once Confronted has earned the Literary Classics Seal of Approval.

Email ThisBlogThis!Share to TwitterShare to FacebookShare to Pinterest
Labels: Award wining Young Adult books, Books about dealing with trauma, Books for girls about healing from trauma, YA Fiction