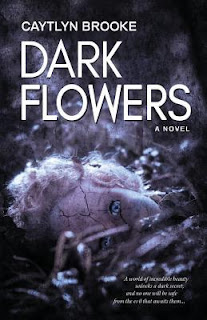 Life at St. Agatha’s is no cake-walk and Eliza would know. After only five weeks residing there, she’s already broken the record for spending the most time in ‘the box’, a dark and cramped janitor’s closet transformed into a prison cell at the school for girls. As one who’s spent more time than ever believed possible inside this box of torture, she’s seen a hefty share of misery during her short time at St. Agatha’s. The box is meant to tame obstinate girls into submission, but Eliza would sooner spend all her time in the box than succumb to the sinister Matron Criggs. Eliza doesn’t hold much hope in being selected by a family on Adoption Day, and there would be no worse fate imaginable than if her new best friend Millie were to be adopted, leaving her behind in this miserable institution. But Eliza doesn’t plan on sticking around long enough to see that happen. She’s devised a plan to escape; now she’s waiting for the right opportunity and she hopes to persuade Millie to flee with her. But the horrors that lurk beyond St. Agatha’s may be far worse than anything Matron Criggs could ever dish out to the unwitting girls.

Author Caytlyn Brooke has crafted a work of paranormal fiction so utterly haunting and undeniably eerie it’s sure to tingle your spine. Horror fans and paranormal aficionados will relish this dark tale as they encounter the evil horrors that await Eliza and Millie in the land of the silver and black fairies. A well-written and skillfully layered plot with exquisite depth and dimension, this book will have readers on the edge of their seats as they encounter this deliciously dark fantasy novel. Recommended for home and school libraries, Dark Flowers, by Caytlyn Brooke, earns the Literary Classics Seal of Approval.