The Undecided, by Robin Donaruma, has earned the Literary Classics Seal of Approval 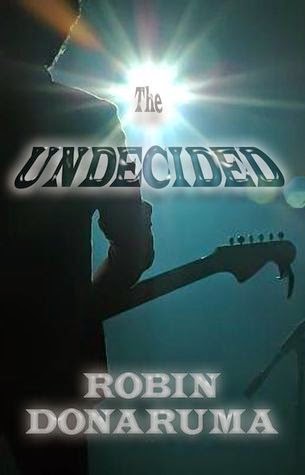 In the battle between good and evil Lucas Aarons is on the front-line.  Only he doesn't know it . . . that is until his 18th birthday.

Lucas, a high-school senior, has moved more times than he cares to remember.  Each move is preceded by a series of foreboding dreams.  But when his 18th birthday approaches, his parents finally fill him in on the inconceivable truth behind the dreams and their connection to his role in projecting light into a darkening world.  -- It would appear that Lucas is predetermined to be the leader of a White Army whose mission it is to save the undecided.  The undecided are neither good nor evil; they are the grays, those who have yet to choose between light and darkness.

The Undecided is an exceptionally inventive work of young adult fantasy fiction. Author Robin Donaruma has created a cast of characters that run the gamut from endearing and genuinely likable to downright chilling.  Her use of symbolism and spiritual parallels help forge a depth to this novel which makes it all the more praiseworthy.  This book is highly recommended and has earned the Literary Classics Seal of Approval.