Motive Games, Death Down Under, earns the Literary Classics Seal of Approval 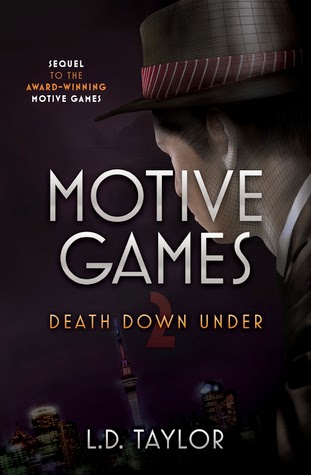 Phil Roland has been set up.  Someone has gotten their hands on SAII, the most recent game created by his deceased father's company, and sabotaged it.  SAII is hacked right before it is to be released at a gaming show in Auckland, tainting their chance to ever get the game published.  And the worst part is that someone has made Phil the fall guy.  Murder, intrigue, and suspense abound in this fast-paced, high stakes novel about a young man determined to set things straight before time runs out.  Gamers and technogeeks are sure to love this book which portrays a fascinating glimpse into the competitive world of gaming.

Motive Games, Death Down Under, is book #2 in the series by L.D. Taylor.  While book #2 may be read as a stand-alone, readers may spend some time playing catch up.  We recommend reading book #1 first, as the series makes for a great choice for readers, especially those who have an interest in gaming.

Author L.D. Taylor's firsthand experience in the world of gaming helps make this book a fascinating and enlightening read.  With well developed characters and a plot that resonates on many levels, this book earns our recommendation and has received the Literary Classics Seal of Approval.