Evidence of Things Not Seen, by Lindsey Lane, earns the Literary Classics Seal of Approval 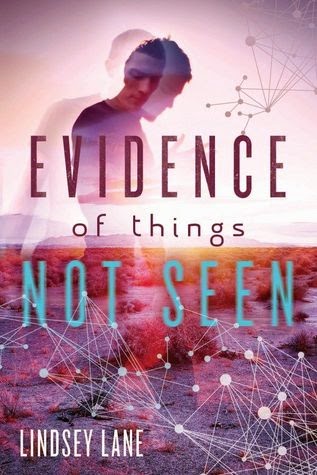 Evidence of Things Not Seen is an exploration of humanity as seen through the eyes of an eclectic collection of people all connected by a single location believed by one young man to be the portal to a parallel universe.  Tommy Smythe is a high-school brainiac obsessed with thoughts of particle physics and the concept of a multiverse.  When he goes missing, people begin to speculate upon his disappearance.  Some hypothesize he may have ventured out to find his biological parents.  Others surmise his easily distracted nature caused him to simply wander off.  Some even dare to imagine that he may have found a way to cross over to the parallel universe about which he so constantly obsesses.

The philosophical  meanderings of Tommy are revealed through snippets from his journal, further supporting the fact that Tommy truly believes in the possibilities of passing between physical states within space and time.  Author,  Lindsey Lane's experience as a playwright is evident in the powerful way in which she creates vignettes throughout this intriguing novel.  Pithy monologues of various characters as they ponder the whereabouts of Tommy, the "adorkable" genius who never quite seems to understand how to connect with people on an emotional level, help to further enhance this artfully penned work of fiction.

Evidence of Things Not Seen is an engaging and suspenseful novel which will stay with readers long after the last page has been turned.   This New-Adult Fiction work has earned the Literary Classics Seal of Approval.