Hidden Among Yourselves, by Bill Hiatt, earns the Literary Classics Seal of Approval 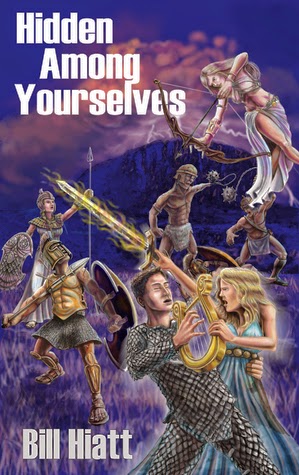 Author Bill Hiatt has once again proven his ability to weave a spellbinding tale with the third book in his series about Taliesen Weaver, a teen who possesses magical powers and has lived countless past lives.  Book three picks up with Tal struggling to move past his anger over his good friend stealing away Eva, the girl of his dreams, amid dealing with an evil supernatural force bent on killing him.

Later, at a meeting of the tribunal, Tal is tasked with procuring the lyre of Orpheous.  He only has two weeks time to complete this inconceivable undertaking or risk an evil rival being released from imprisonment.  Armed with a team of friends with otherworldly powers, his magical sword, and a reed pipe, he sets out to conquer the foreboding forces that would deter his efforts to save Santa Brigida.  In a world where things are rarely as they seem,Taliesen finds himself waging a war of magical skill and wits against opponents he'd never believed truly existed.