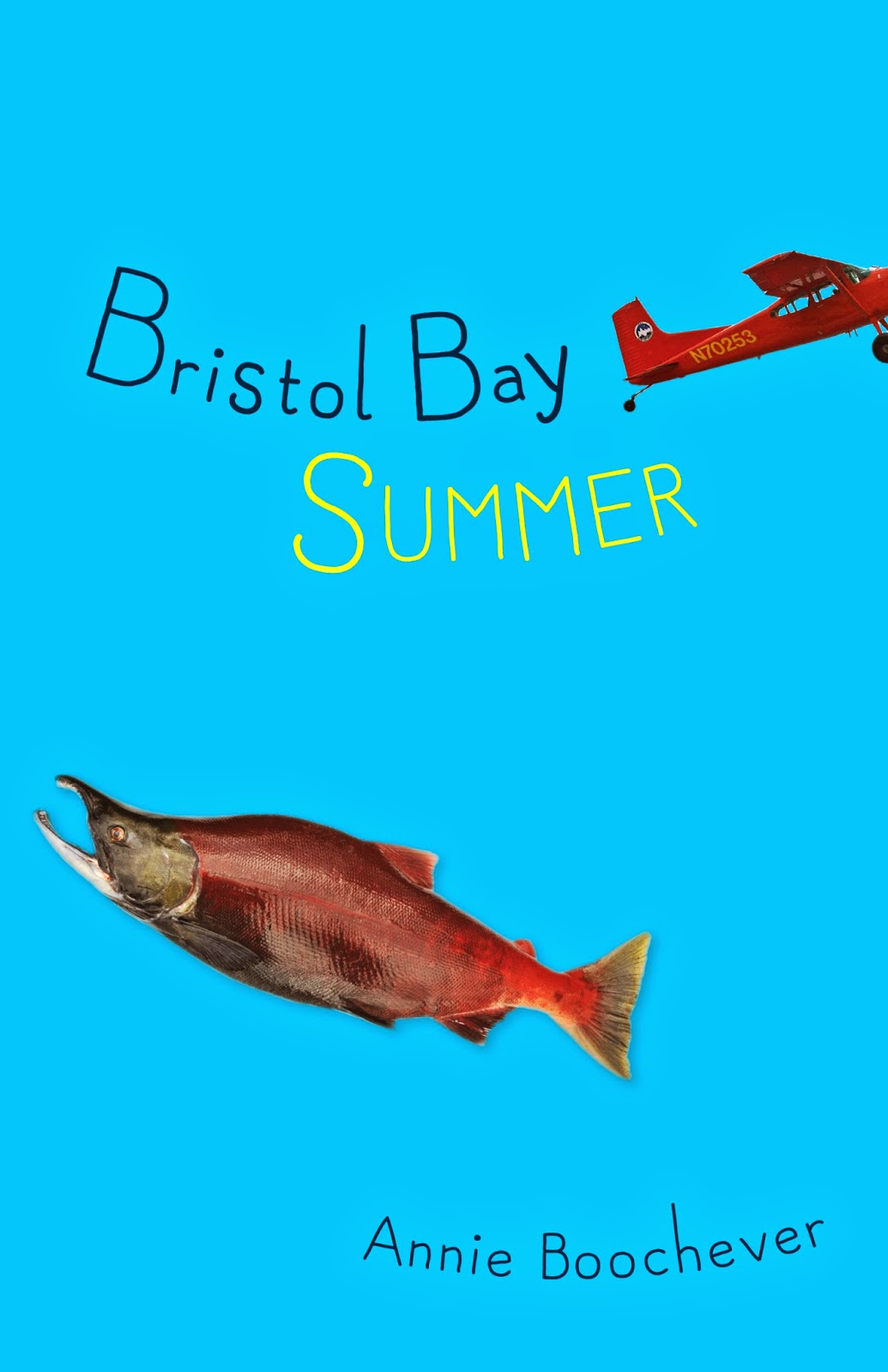 Bristol Bay Summer, by Annie Boochever, is the story of a young girl who spends a summer in the "real Alaska" with her brother, mother and her mom's new boyfriend.  Zoey Morely is twelve, going on thirteen and is still grieving the loss of a family that once was.  She hasn't heard from her dad in nearly a year and now her mom's new boyfriend wants to drag them all out to live in tents in the wilderness at Bristol Bay.

When Zoey meets Thomas, a boy at the next camp over, she resents his new nick-name for her, city girl.  But when she gets a job working for Thomas' family, she is determined to ditch her city girl image and prove that she can work just as hard as he can.  Zoey is determined to make enough money to go see her father in Colorado in the hopes of finally learning why she hasn't heard from him in so long.

Author Annie Boochever has crafted a superb coming of age story that will resonate with young readers on many levels.  Bristol Bay Summer offers a rare combination of adventure, drama and age appropriate romance, all presented in a highly plausible story.  Boochever is a gifted story-teller who writes with a genuine voice and  has tackled relevant issues of growing up and dealing with loss in this powerful and engaging preteen novel.