Author Spotlight - A.T. Balsara on her award-winning book, THE GREAT & THE SMALL 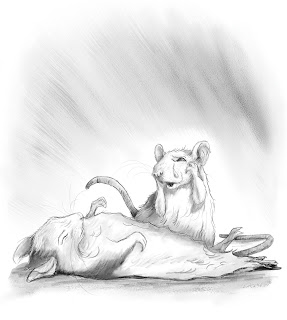 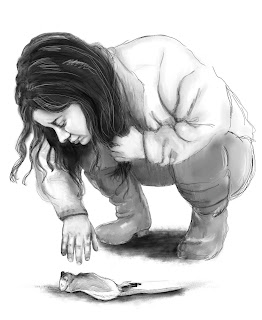 Q: How did you get the idea for your award-winning book?
A: One of my favorite books growing up was Watership Down, a story of a warren of rabbits searching for a new home. I loved how by the end of the book, I felt as if I'd lived as a rabbit.

When I wanted to explore the question of what "makes" someone evil, what makes a Hitler or Stalin versus a Mandela or a Gandhi, I wanted to tell the story from an unusual perspective. Rats are creatures who still send a collective chill down the spine of humanity, given their likely involvement as plague vectors in “The Black Death” of the 1400s when half of Europe was wiped out by the bubonic plague.

Unlike the Watership Down rabbits, rats would actually have a shot at taking down humanity…if they were able to organize. Smart, able to chew through concrete and take down your average housecat, rats are formidable opponents. In a fictionalized world, rats would also have the most lethal biological weapon of all time: the bubonic plague. In The Great & the Small, the rats rise up under their charismatic leader, The Beloved Chairman, to declare war upon humanity using death squads of plague rats. As human deaths mount, victory against the “two-legs” seems certain, until Fin, the scrawny nephew of the chairman and lead henchman, gets caught in a rat trap. He is saved from
certain death by a teenage girl, Ananda. Ananda secretly nurses Fin back to health, and over the weeks it takes for him to heal, he realizes to his horror that he has learned to love her. Now Fin must choose: follow his beloved uncle, and continue killing the “two-legs,” including the one that he loves, or do the unthinkable…rebel.


Q: What is your favorite line from your award-winning book and why?
A: When the old and blind rat Balthazar cries out, “Truth! Seek truth!” before the assembled rat colony. Without giving away what will happen next, his heartfelt cry is at the heart of what The Great & the Small is about.


Q: Which of your characters from your award-winning title do you believe is most like you, and why?
A: I would have to say Fin. He is constantly battling self-doubt, and following blindly when he should be listening to his own moral compass. He tries to act righteously, but is easily swayed by those he admires, and goes down a dark road. His one saving grace is his earnest desire to do what is right.


Q: What message do you hope readers will glean from your award-winning book?
A: To seek truth. To think critically about the messages you hear from those in power, whether from political, religious, or social leaders. To develop your own moral compass so that when the next charismatic leader steps onto the stage, with all the accompanying smoke and mirrors, you will see through the showmanship and stagecraft to see the truth.


Q: What inspired you to be a writer?
A: My sister, Michele Torrey, who is an award-winning writer. I had always seen myself as an illustrator and kept bothering Michele to write a picture book manuscript that I could illustrate (newbies that we were, we didn’t know that publishing houses find their own illustrators for manuscripts!). Finally, she got fed up with me asking and told me to learn to write my own. So, I did! To my surprise, I realized that I loved it, and loved it AS MUCH as illustrating. I also found that I had a million stories to tell, and for different ages. Among other stories, I have a picture book about a determined, yet hopelessly innocent guinea pig who dreams of becoming a pirate (Greenbeard the Pirate Pig) and now, with The Great & the Small, a dark story for young adults about seeking truth. They all come from my heart, but from different places within it.


Q: Who has had the greatest influence on your writing style?
A: Probably the books I devoured when I was younger. I loved The Lord of the Rings trilogy, and took to heart the idea that life is a heroic quest for doing the right thing. I loved To Kill a Mockingbird, and how the author immersed us into a small town and showed us truths about ourselves without ever beating us over the head with her message. I loved Watership Down, and its richly layered story told through the eyes of animals. There are many, many other books which have touched me, and changed me. We are all a product of all who have gone before, and my writing is a product of the writers who have gone before me.


Q: Tell us a little about your writing process.
A: I have to let ideas simmer a while, so I have dozens of files with story ideas. As an idea comes to me, I jot it down and throw it in the file. As I’m doing other things, I’m often “writing” or trying to figure out aspects of a particular story. At the moment, I’m “writing” another young adult novel. I’ve got the file set up with its categories, and am puzzling out what will happen, who the characters are, and what I want to explore. I don’t expect to be ready to write for another year. In the meantime, I have another picture book to illustrate, and other stories in the pipeline waiting to be edited.


Q: What is your greatest challenge as a writer?
A: Time management. Once you’ve published something, you have to promote it, and these days you also need a social media presence. Because I also illustrate, any project I do takes me at least double the time. Time management becomes the biggest hurdle, as other things in life don’t stop just because I want to write or draw. The dogs still need to be let out, the cat litter scooped, dinners shopped for and made, not to mention exercising and getting out of the house occasionally! One of my new year’s resolutions is to practice patience. To let go of watching the clock and demanding I finish something by a certain time. I have a little blue heart carved from stone sitting on my desk (it’s in front of me now, while I type) that has carved in it, “Patience.” I’m learning!


Q: If you could be compared to a well-known author who would you most want this to be and why?
A: Because I loved Watership Down so much, and because The Great & the Small has that same sort of feeling, I hope I would be compared to Richard Adams.


Q: How did you get published?
A: I had been told that my book was not commercial enough, that young adults don’t want stories told through the eyes of animals. I did it anyway, but finding an agent proved to be impossible. Most agents want a safe bet, and I was writing outside the norms of the genre. The larger publishers were also unwilling to take a chance, so I turned to small, niche publishers. A new press had opened, called Common Deer Press, and they sounded perfect. I had my manuscript, cover letter, and synopsis professionally edited, and put together the best submission package I could possibly muster. I was either going to hit a home run or die trying. Within a few weeks, I got an email from CDP saying that they were going to publish it. They were (and are) wonderful partners in this journey, and love the book as much as I do.


Q: What has been your greatest literary accomplishment?
A: Putting The Great & the Small on paper. It was a story that had haunted my thoughts for years, with the reasons behind writing the story with me for far longer, since I was 10 years-old. It was a story that I needed to tell, and I wasn’t sure I could get what was in my heart onto paper. The resulting book is everything I’d ever dreamed it could be, and more. The cover design and layout that CDP did added to the story.


Q: What are your literary aspirations?
A: I want to first and foremost express what is in my heart, and share that. I hope that by sharing my stories, I can make a difference in the world.


Q: Tell us something that people may not know about you that they might find interesting.
A: I’m an amateur naturalist, and have planted a pollinator garden in our backyard, and only use eco-friendly products. I admit I can be a bit zealous in my environmental views, and have written countless letters to politicians and signed a million petitions to protect our environment…after all, if we trash this planet, there’s no Planet B! Until recently, I was also a beekeeper until a bad reaction to multiple bee stings forced me to give it up. The bees were fascinating to study and watch. One of my future writing projects is to put my love of the environment and animals into a chapter book series for children.


Q: Is there anything else you’d like to share with our readers?
A: That everyone’s voice is needed, and to not compare yourself with others, but find your own unique voice. Being who you really are is an act of courage. We need courageous people if we are going to turn around the direction our world and earth is heading in.


Q: What other books have you published?
A: I have a list of books on my website, but I have published several for the educational market, including another young adult novel called, The Present. I am the illustrator for the Happy the Pocket Mouse picture book series by Philip Roy, currently on book 4. I wrote and illustrated my picture book, Greenbeard the Pirate Pig, which I already mentioned. Most recently, my picture book, The Nightingale’s Song, was published, a story about a child who dreams throughout one night that they have different skin colors. It’s a book about cherishing the beauty of every child, of every ethnicity, about the power of unity in diversity. All of my books are available on my website.


Q: Do you have any new books in the works?
A: I am currently illustrating the second book in the Greenbeard the Pirate Pig series. I am also researching a new picture book about modern-day slavery, as well as gathering research for a new young adult novel.  Greenbeard the Pirate Pig and the Isle of Lost should be released soon, through FriesenPress. The book will be available through my website, as well as on Amazon and FriesenPress.