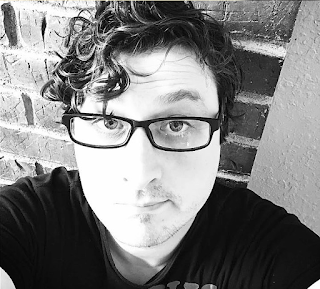 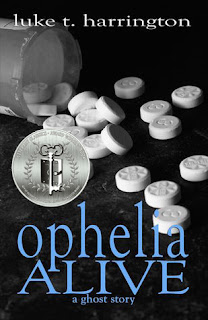 
WHAT INSPIRED YOU TO BECOME A WRITER?
My failed American Idol audition. I was like, “Welp, I can’t sing. Let’s try writing.”


WAS THERE A TEACHER OR OTHER MENTOR WHO INFLUENCED YOUR WRITING - PLEASE ELABORATE:
That honor probably goes to the instructor I had for Fiction Writing 101 in college. He made it clear that, above all, writing is hard work, and not everything that comes ~from within~ is necessarily good. I forgot his name, though, so I guess I’m a jerk. Oops.


HOW DID YOU GET THE IDEA FOR YOUR AWARD WINNING BOOK?
I think I owe Pfizer a dollar, or something. They had the audacity to release Chantix, a stop-smoking pill that apparently causes schizophrenia-like symptoms as a side effect. When I first read about it, I was like, “Hmm, that would make a great premise for a horror novel, if I threw in some ghosts, Shakespeare, and poop jokes.” So I did.


WHAT IS YOUR FAVORITE LINE FROM YOUR AWARD WINNING BOOK AND WHY?
“It’s one of those giant SuperBalls, the kind that when you first see them you think are going to be even better than the small ones, because, well, they’re bigger. But then when you throw one you find out it actually bounces less high and less fast than they do.”

If that doesn’t perfectly capture the wisdom and disillusionment that comes with age, I don’t know what does.


WHICH OF YOUR CHARACTERS FROM YOUR AWARD WINNING TITLE DO YOU BELIEVE ARE MOST LIKE YOU AND WHY?
I actually feel like my three main characters form sort of a Freudian triad. Ophelia, my protagonist, is my ego; Sara, my villain, is my id; Kate, my mentor-type, is my superego. Because who doesn’t love Freud?


WHAT MESSAGE DO YOU HOPE READERS WILL GLEAN FROM YOUR AWARD WINNING BOOK?
“There are more things in heaven and earth,” etc.


IF YOU COULD BE COMPARED TO A WELL-KNOWN AUTHOR WHO WOULD YOU MOST WANT THIS TO BE AND WHY?
C.S. Lewis. He was intellectual but still accessible, logical but still spiritual, imaginative but still grounded. Also, he wrote about centaurs. Who doesn’t want to write about centaurs?


WHAT HAS HAD THE GREATEST IMPACT ON YOUR LIFE?
I think the objective answer here is “the day I was born.” It’s hard to think of something that had a greater impact on my life than that.


HOW DID YOU GET PUBLISHED?
The most obnoxious way possible: I just carpet-bombed the world with copies of my book until I found someone interested. I think I sent out something like 200 queries before I found a handful of small presses that were willing to give Ophelia a shot.


IF A CLOSE FRIEND OR LOVED ONE WANTED TO WRITE A BOOK, WHAT GREATEST PIECE OF ADVICE WOULD YOU GIVE THEM?
Just sit down and write every day. There’s no trick to it.


CAN YOU OFFER ANY ADVICE FOR WRITERS ON HOW BEST TO PROMOTE THEIR BOOK?
Man, I wish—I’ve had zero luck in actually selling this thing. The best advice I can give is to take advice from someone smarter than me.


WHAT HAS BEEN YOUR GREATEST LITERARY ACCOMPLISHMENT?
Convincing people that I’ve actually read Moby Dick.


WHAT ARE YOUR GREATEST LITERARY ASPIRATIONS?
I hope to one day actually read Moby Dick.


TELL US SOMETHING PEOPLE MAY NOT KNOW ABOUT YOU THAT THEY MIGHT FIND INTERESTING:
I once sailed a schooner through the Mediterranean.

Not, like, by myself. I was a crew member, and it was part of an academic program.

Also, I was probably kind of dead weight as a crew member. But I was technically there!


IS THERE ANYTHING ELSE YOU'D LIKE TO SHARE WITH OUR READERS?
You all should buy a Nintendo Switch.


DO YOU HAVE ANY NEW BOOKS IN THE WORKS?
I do! One novel and two nonfiction projects. My interests and efforts are kind of all over the place these days. That’s a surefire way to launch a successful career, right?