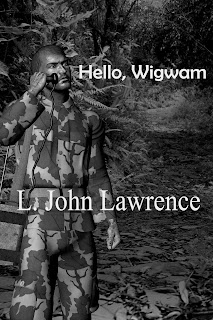 Hello, Wigwam is the story of Albert, a young private fresh out of high school who, through a series of miscommunications, finds himself in the heart of a critical top secret mission during the Vietnam war.  Author L. John Lawrence's depiction of the absurdities of combat and its impact on the occasional unwitting pawn is an introspective study of humanity vs. war.

L. John Lawrence exhibits a true gift of the pen in his depiction of a young man who is swept into a world of blood and battle which is not without its ironically funny moments.  This riveting story is superbly written, displaying poignant moments interspersed with a healthy dose of satire.  Hello, Wigwam is recommended for a mature young adult audience and has earned the Literary Classics Seal of Approval.