Dragon and Captain earns the Literary Classics Seal of Approval 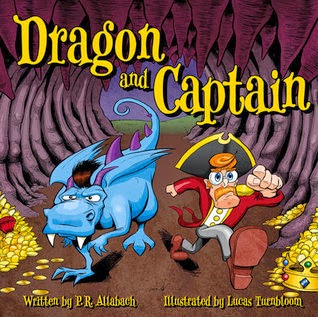 Dragon and Captain is a real joy to behold.  Told in comic book style, it is a quick and light read which is simply enchanting.  But the crowning glory of this whimsical book is the illustrations which nearly steal the show from the witty humor penned within the pages of this delightful book.  Author P.R. Allabach and Illustrator Lucas Turnbloom are quite a team as they depict a day in the life of two boys playing make-believe.  Vivid illustrations charmingly depict the boys becoming immersed in a wild and daring adventure.  As they don makeshift costumes the two are transformed into a life-like dragon and his wily companion, a ship's captain.  Creativity runs rampant in this book which is sure to capture the hearts and imaginations of young children.

Dragon and Captain comes highly recommended and has earned the Literary Classics Seal of Approval.