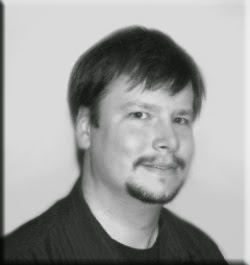 WHEN DID YOU FIRST KNOW YOU WANTED TO BE A WRITER AND WHY? As a child, I didn’t like reading. That all changed in junior high when I picked up a second hand copy of Stephen King’s The Shining. The same year I had the first excellent literature teacher of my life. She turned me on to the likes of Poe and Irving. At some point, I realized these authors were just regular people too. I decided I could do it if I really wanted. Seventeen years later I sold my first story.
​
AS A CHILD, WHAT DID YOU ASPIRE TO BE WHEN YOU GREW UP? As a child, I always figured I’d become a veterinarian. I changed my mind when I saw how much school it took and how little it paid when finished.
​
HOW DID YOU GET THE IDEA FOR YOUR AWARD WINNING TITLE? I took a writing course and I had to submit three possible story ideas. One of them turned into Unveiling the Wizards’ Shroud. 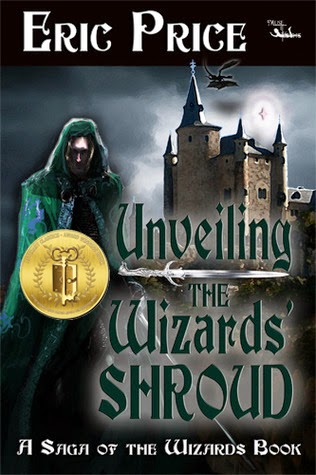 ​
TELL US SOMETHING INTERESTING ABOUT YOUR EXPERIENCE AS A WRITER: My book is aimed at young adults, especially males. So far, most of my readers, at least the ones who’ve made contact with me, have been 30+ year old women.
​
WHICH AUTHOR HAS MOST GREATLY INFLUENCED YOUR WRITING STYLE?
I love how well Stephen King develops his characters. I strive to have characters interesting enough people will want to read about them regardless of what they’re doing.
​
WHAT BOOK HAS HAD THE GREATEST IMPACT ON YOUR LIFE? To Kill a Mockingbird. It’s so simple, yet such an amazing story. I never had to read this as an assignment for school, and I’m glad. Had I been forced to read it, I’d have never enjoyed it as much as I did by ‘discovering’ it on my own.
​
WHAT HAS BEEN YOUR GREATEST LITERARY ACCOMPLISHMENT? Having a publisher accept my first novel has to be my greatest achievement. The Literary Classics award for best first novel means a lot, but it, and any future novels I publish may not have happened without that first acceptance letter.
​
CAN YOU DESCRIBE THE PROCESS OF BECOMING PUBLISHED AND ANY TIPS YOU MIGHT OFFER FOR OTHER ASPIRING AUTHORS? I wrote Unveiling the Wizards’ Shroud with the one-on-one instruction of a published author and editor. When I finished it, I eventually submitted it to publishers. After a handful of rejections, Muse It Up Publishing showed interest in it. They sent me a list of changes I’d need to make before they would send me a contract. I also had some ideas for changes of my own, most notably the addition of another character who would play a bigger role in a potential sequel.
​
I rewrote the complete manuscript. I intended on introducing this character at the beginning and showing her again at the end, but as characters often do, she had a mind of her own, and she stuck around for the whole book.
​
Muse It Up Publishing accepted the new version. There it went through six rounds of edits with three different editors, and the book could have never been anywhere near as good without each of them.
​
My advice to aspiring authors is don’t fear/get discouraged by rejection letters. They don’t necessarily mean your work isn’t good. Many publishers are so busy, they don’t do much more than glace at your cover-letter and synopsis. After you’ve written the best story you can, make sure your cover-letter and synopsis are held to the same high standard. If you still get rejected, make sure there’s nothing you can improve and send it somewhere else.
​
CAN YOU OFFER ANY ADVICE FOR WRITERS ON HOW BEST TO PROMOTE THEIR BOOK? Promoting is the hardest part. I’ve tried a lot with mixed results. My current angle is to make connections with teachers and try to get them to have their classes read it. It helps if you make yourself available to speak to the classes as well.
​
IS THERE ANYTHING ELSE YOU'D LIKE TO SHARE WITH OUR READERS? You can’t self-edit. Even if you decide self-publishing is the way you want to go, hire a freelance editor.
​
WHAT OTHER BOOKS HAVE YOU PUBLISHED? The first sequel to Unveiling the Wizards’ Shroud, The Squire and the Slave Master, is scheduled for an August 4 release.
​
DO YOU HAVE ANY NEW BOOKS IN THE WORKS? Yes. I've started the third and final book in The Saga of the Wizards series called, A Wizard Reborn. I’m also searching for an agent for a middle-grade sports/adventure book called Catching a Break.

WHAT HAS IT BEEN LIKE BEING A RECIPIENT OF THE LITERARY CLASSICS BOOK AWARDS? After winning my award for Best First Novel, I received a contract for a paperback printing of my book. This likely would have happened anyway, but I think my publisher was extra excited to have a gold seal printed on the cover.