Night of Pan, by Gail Strickland, earns the CLC Seal of Approval 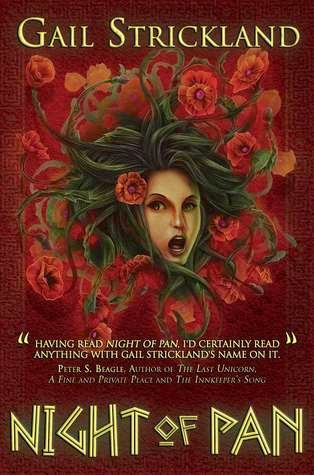 Thaleia is a young girl who was betrothed to Brygos, a considerably older brute of a man, when she was just five years old.  Night of Pan begins when Thaleia is fifteen years of age.  The  day has come for her to be married, but feeling she can't possibly marry Brygos, she flees her village.  As she takes flight through the woods she has a face-to face encounter with the god Pan, who persuades her to stay in Delphi, where she is needed by her people.

As the story progresses, Thaleia comes to learn who she is and what her role is as the Oracle of Delphi.  But realizing her potential and fulfilling her destiny will not be easy when an imposter Oracle is already established. Saving Delphi seems nearly impossible when she must prove that she is the true Oracle and find a way to defeat the power-hungry priest, Diokles, who is determined to stop Thaleia at all costs.

Night of Pan is a suspenseful and intriguing book that will appeal to a broad audience, especially those interested in Greek mythology.  Author Gail Strickland has skillfully woven mythology and history into an engaging coming of age novel that is sure to connect with young readers on many levels.

Night of Pan has received the Literary Classics Seal of Approval.