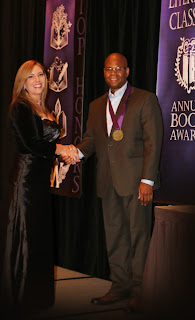 WHEN DID YOU FIRST KNOW YOU WANTED TO BE A WRITER?: My Freshman year of college. I'd always had a yen for storytelling, but being tasked with having to produce written works as an actual prerequisite to passing Freshman Composition gave me a whole new appreciation for the actual journey associated with a writing assignment. After years of convincing myself that the ends justify the means when completing a required task, I found myself enjoying the means in and of themselves. The process became the satisfaction derived from the finished product. It kind of goes without saying that I received an A in Freshman Composition.
​
AS A CHILD, WHAT DID YOU ASPIRE TO BE WHEN YOU GREW UP?: Like a lot of my peers, my aspiration was to become a professional athlete of some sort: Baseball, Basketball and Football were tops on my list. However, as I reached my late teens, the reality of my athletic limitations set in and I altered my focus to the arts: Music and writing
​
HOW DID YOU GET THE IDEA FOR YOUR AWARD WINNING TITLE?: The Civil War has always intrigued me because of the stakes associated with its outcome. What if?.... the Confederates had been victorious at Gettysburg. Would it have been the impetus of change in momentum for them to win it all and provided the preface for the 'Stars and Bars' being the flag of our nation? To what degree, if any, would an alternate ending to the war have changed slavery in our country, or the world for that matter? I think this subject matter would intrigue anyone; especially a person of color, such as myself.
​
WHAT IS YOUR FAVORITE LINE FROM YOUR AWARD WINNING BOOK AND WHY?: "Beautiful day down in the Bayou.... I bet the catfish are jumping" This phrase resonated with me throughout because at eye's sight, it's innocuous at best. However, its underground meaning was instrumental in determining who the ally was versus the enemy in the struggle to restore true democracy.
​
WHICH OF YOUR CHARACTERS FROM YOUR AWARD WINNING TITLE DO YOU BELIEVE ARE MOST LIKE YOU AND WHY?: It would probably be a little self-righteous to say Marcus Woods, though I do aspire to be like him. Smart, funny, dedicated and determined to do the right thing, no matter what the sacrifice.
​
WHAT MESSAGE DO YOU HOPE READERS WILL GLEAN FROM YOUR AWARD WINNING BOOK?: No matter how long it takes, so long as you do the right thing, success is inevitable.
​
TELL US SOMETHING ABOUT YOUR EXPERIENCE AS A WRITER: I find it interesting to know that until we accept in our gut that writing is re-writing, we can never truly be writers.
​
WHICH AUTHOR HAS MOST GREATLY INFLUENCED YOUR WRITING STYLE?: I found Stephen King to be a great influence because his storytelling is so gripping. Even though his choice of topic often borders on the bizarre, he keeps the reader engaged and the pages turning.
​
WHAT BOOK HAS HAD THE GREATEST IMPACT ON YOUR LIFE?: Many books have moved me, but if I had to name a few, I would have to say that three have made a significant impact on me from as far back as my early to mid-teens: Peter Benchley's "Jaws", Mario Puzo's "The Godfather", and William P. Blatty's "The Exorcist". These books introduced me to the concept of Story and what it means to pull a reading audience in and keep it engaged throughout.
​
WHAT HAS BEEN YOUR GREATEST LITERARY ACCOMPLISHMENT?: Until receiving this award, it had been self-publishing my works and an honorable mention at the 2015 San Francisco Book Festival.
​
DO YOU HAVE ANY WRITING RITUALS?: My only ritual is to write - edit - rewrite and continue this cycle until the writing is right.
​
HOW DID YOU GET PUBLISHED?: Well, I'm still looking for an agent, so if anyone can offer up advice beyond query letters, contests, book festivals, workshops and conferences, I'm all ears. As for getting published: Thanks to the genius that is Amazon's Create-space, I've been able to self-publish in print and ebook formats.
​
WHAT DID YOU DO TO CELEBRATE THE COMPLETION OF YOUR AWARD WINNING BOOK?: When I completed the first draft of 'Reset' it was Thanksgiving morning. I had a glass of quality scotch and one of my favorite cigars.
​
CAN YOU DESCRIBE THE PROCESS OF BECOMING PUBLISHED AND ANY TIPS YOU MIGHT OFFER FOR OTHER ASPIRING WRITERS?: If you self-publish, the process is fairly simple. One caveat: because it is so easy to self-publish these days, it's not uncommon to be inclined to put out a book before it's ready. My advice is to hold off on officially publishing your book until it has been fully read and re-worked at least three times; and by an objective reader(s) if possible.
​
​
WHAT OTHER BOOKS HAVE YOU PUBLISHED?:
​
Smoke's Screen
​
Steel Hearts
​
​
CAN YOU OFFER ANY ADVICE FOR WRITERS ON HOW BEST TO PROMOTE THEIR BOOKS?: Anything and everything (within reason): Press releases, Email blasts, social media posts, book expos and festivals, contests, seminars, book giveaways, and networking. I found Goodreads.com to be a great outlet for networking and self-promotion.
​
IS THERE ANYTHING ELSE YOU'D LIKE TO SHARE WITH OUR READERS?: If building your story isn't the most fulfilling part of your publishing experience, then you should find something else to experience.
​
DO YOU HAVE ANY NEW BOOKS IN THE WORKS?: Yes. "Tuesdays & Saturdays" is based on a romantic comedy screenplay I wrote back in 2003. It explores the concept of romance and how much, if any of it, is directly related to an infatuate's socio-economic status. It will be available online through Amazon, Barnes & Noble, KOBO and directly through my website.
​
​
​
​
​
​
​