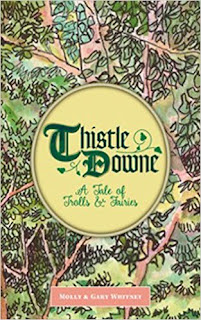 Tyson, a young troll, has had his share of hardships since the day he was born.  After Tyson's mother died in childbirth all his father could see when he looked at his son was the face of the woman he had so dearly loved.  Gareth, Tyson's father, became extremely bitter and heartless, blaming the boy for the loss of his beloved wife.  Gareth took Tyson away to a cave in the woods where they lived a life of isolation nearby a small village.  Gareth, turning to a life of thievery,  began robbing from the villagers and passers-by at a bridge near their home.  The embittered troll rarely showed Tyson any love or affection.  Thankfully for the boy troll, his mother had passed on to him the greatest gift of all, the gift of a positive disposition, and a wonderfully radiant smile.  Following an incident at the bridge, Tyson is informed his father has been killed.  Sad and alone, Tyson leaves the home of his youth to find a new place to call home.  Despite many obstacles, most notably the fact that  trolls are not liked by most in the village, Tyson sets his mind to better himself and ultimately to earn the respect of the father of a beautiful fairy with whom Tyson has fallen deeply in love.

Thistle Downe is an enchanting tale of trolls and fairys which is sure to cultivate the imaginations of young readers.  Rife with powerful messages of love, forgiveness and the underlying lesson of overcoming obstacles through kindness and determination, this book will charm readers of all ages.  Authors Molly and Gary Whitney's Thistle Downe is a wonderfully crafted story which keeps readers engaged from beginning to end.  Youngsters will be inspired by Tyson and his determination, above all, to always do what is right, even when the outcome may not be in his favor.