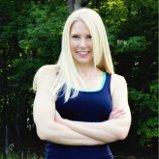 CAN YOU DESCRIBE THE PROCESS OF BECOMING PUBLISHED AND ANY TIPS YOU MIGHT OFFER FOR OTHER ASPIRING AUTHORS?
Over the years I’ve had the privilege of getting to know many wonderful authors, and based on what I’ve learned from them I feel confident in saying there is no one “right” way to become a published author. I know people who have published traditionally through agents with Big Five publishers. I know independent and self-published authors who sell thousands of books and are respected for the quality of their work. And I know authors who have dipped their toes in both publication pools with great success.
​
What I would say to an aspiring author is that there has never been a better time to attempt publication with so many wonderful options at your disposal. And the best way to choose which option is right for you is to follow your heart. Consider those things that are most important to you and follow the path that feels the most authentic. Do you value the esteem, full-service production, and marketing benefits that may accompany a large publishing house? Then perhaps querying agents for a traditional purchase is right for you. Do you like the idea of maintaining your own rights and setting your own schedule and pricing? Maybe you’re better suited for self-publishing. Perhaps, if you build a body of work that is large enough, you could try both. Of course, as with any decision making process, you should thoroughly research and weigh the pros and cons of each before heading down one path or the other. But regardless of which you choose, you are in for an exciting journey.
​
CAN YOU OFFER ANY ADVICE FOR WRITERS ON HOW BEST TO PROMOTE THEIR BOOK?
I am by no means an expert in this arena. What I know I’ve learned by listening to other writers who were kind enough to share their own experiences and through my own trial and error over the past three years. I believe some of the most poignant advice is this – focus on building your brand, not selling books. Put your best foot forward in the marketplace so as to give potential readers a comprehensive view of who you are and what you have to offer. If they connect with you they will most likely connect to your work.
​
IS THERE ANYTHING ELSE YOU'D LIKE TO SHARE WITH OUR READERS?:
Only that I feel beyond blessed to be able to spend my days creating stories for people to read. I can only hope that others enjoy reading them as much as I enjoy writing them.
​
DO YOU HAVE ANY NEW BOOKS IN THE WORKS?:
Yes! I’m currently working on the manuscript for the second book in the Sevens Prophecy Series, Gather the Sentient.
​
Gather the Sentient picks up where Among the Shrouded left off, tracing the interconnecting lives of the Mia and Thomas, as well as a few new characters on both the good and bad sides of the Sevens Prophecy. In book two of the series, readers will be introduced to several more of the “good” characters, including Jose, who has the power to heal. Meanwhile, Henry has been searching for others on the “bad” side of the prophecy in his attempt to usher in the age of the Seven Deadly Sins.