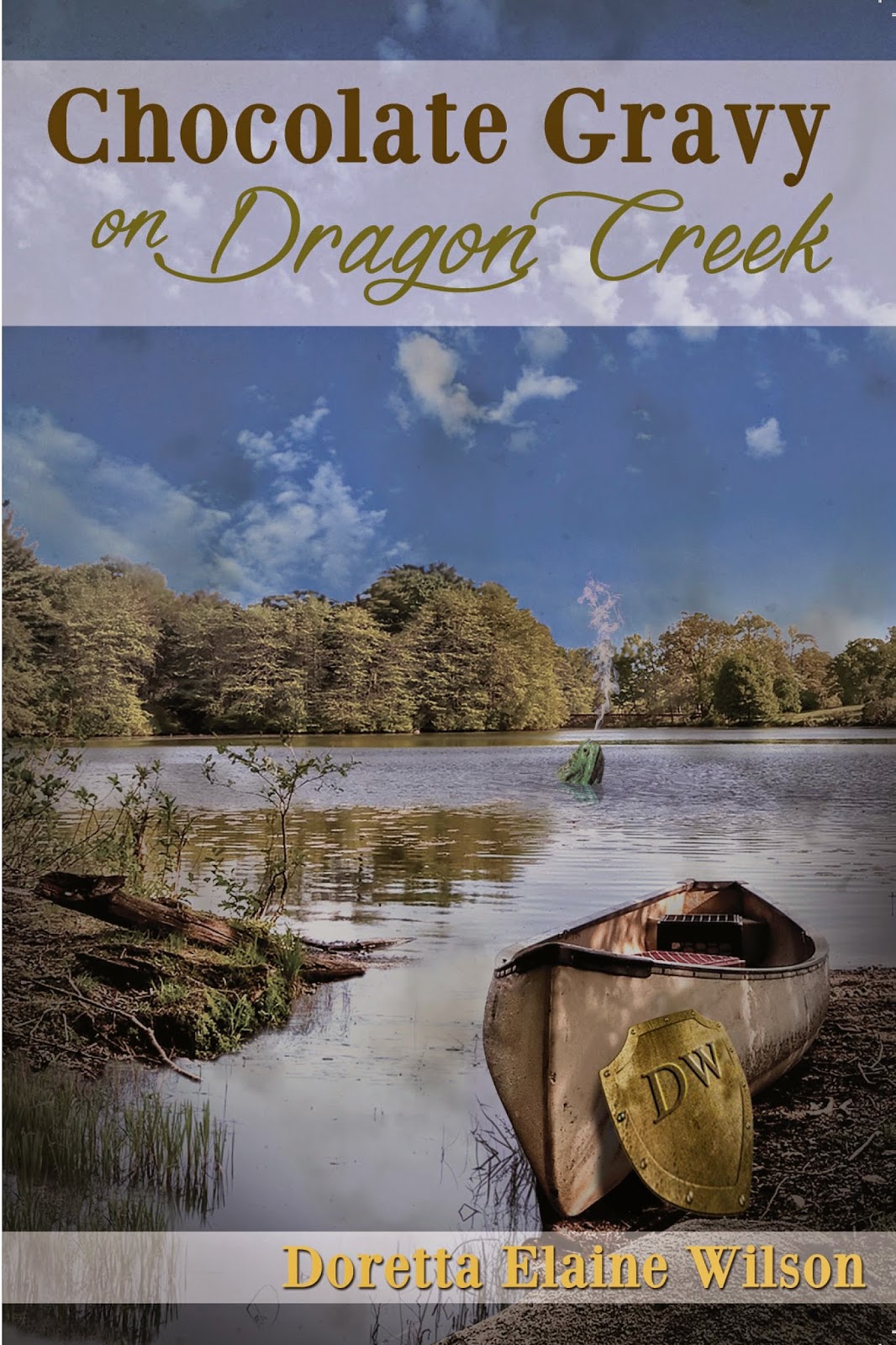 Chocolate Gravy on Dragon Creek is the enchanting tale of Tootsy, a young girl growing up in the woods alongside a bubbling creek.  Tootsy is an inquisitive child who loves to play and explore along the banks of the creek.  As an only child, her parents dote upon her, frequently indulging her cravings for chocolate gravy, which is her favorite.

Tootsy and her friends have heard tales of the dragon which has held a young girl captive in his cave below the creek's whirling water hole for many years.  Despite the rumors, the "smart aleck" boys build a secret hideout nearby and Tootsy and her friends Cindy and Lindy decide to meet the boys there to act out a game of knights and princesses.  -But everything changes when Tootsy is pulled down into the whirling hole of the dragon's lair.

Author Doretta Elaine Wilson has crafted a story that will engage young readers as they play  and explore along with Tootsy.  Tootsy's sweet-natured, precocious tendencies will charm and delight readers as they discover life through the eyes of this delightful character.