The School of Ministry by Braxton A. Cosby earns the Literary Classics Seal of Approval

Ziv is a genuinely likeable young man who has struggled his whole life to find a sense of belonging.  Having been tossed in and out of foster homes following the murder of his parents at the tender age of six, he has known his share of insecurities.  When Ziv shows up at his best friend Stephanie's house with flowers, determined to profess his love for her, he discovers her home has been vandalized and that she is missing.  Then just as quickly, he is kidnapped by members of a secret society who promise to help him find Stephanie on one condition; he must join them in fighting the forces of evil which plague the world.

This action-packed supernatural thriller is a highly engaging read.  With many plot twists and creative spins, readers will be intrigued and entertained by this compelling novel. 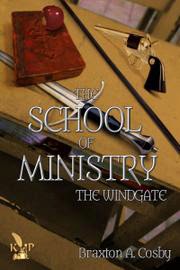