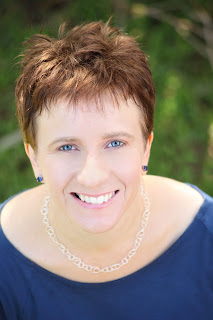 WHAT INSPIRED YOU TO BECOME A WRITER?
I have always loved creating stories and wrote my first book when I was eight. It was only a few pages long. During my teenage years, I tried to write some full-length manuscripts but it wasn’t until I was in my twenties that I managed to finish one. About that time, I became a journalist so that was my writing focus for the next few years before I returned to novels. Not long after that, my debut novel was published.

HOW DID YOU GET THE IDEA FOR YOUR AWARD WINNING BOOK?
In Once Confronted, my protagonist is the victim of an armed robbery. I too have been the victim of an armed robbery. In fact, the manuscript that became Once Confronted I originally wrote when in my twenties, about six years after the incident. I don’t know if it was written in an effort to recover from it or if I just enjoyed putting my protagonist through the same pain I’d been through. However, rewriting it was harder than I imagined!

WHICH OF YOUR CHARACTERS FROM YOUR AWARD WINNING TITLE DO YOU BELIEVE ARE MOST LIKE YOU AND WHY?
My protagonist, Madison Craig, is like me in some ways. Her journey through post-traumatic stress disorder was based on my own, so we share that. In many other ways, though, she outshines me.

WHAT MESSAGE DO YOU HOPE READERS WILL GLEAN FROM YOUR AWARD WINNING BOOK?
That just because a person has done something bad it doesn’t mean they can’t change.

TELL US SOMETHING ABOUT YOUR EXPERIENCE AS A WRITER:
One of my favourite experiences as a writer happened when I was walking my son to school one day. I knew the school’s book club had read my debut novel, The Heir (Verindon #1) but I was surprised when one of the high school students came up to me and said, ‘Are you Lynne Stringer, author of The Heir? I loved your book!’ It was a great moment. 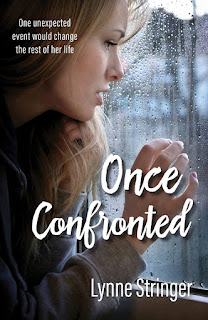 HOW DID YOU GET PUBLISHED?
I was fortunate that, during my time as a journalist, I began to work as an editor as well. Once I left the magazine I worked for I started a professional editing business and went to work for a small publishing house. They taught me a lot more about fiction than I knew at the time and eventually went on to become my publisher!

IF A CLOSE FRIEND OR LOVED ONE WANTED TO WRITE A BOOK, WHAT GREATEST PIECE OF ADVICE WOULD YOU GIVE THEM?
Make sure you go to some writing classes and learn the best ways to write first. That way, you can avoid developing bad habits. Also, always get a professional to edit your book after you’re done. You will never find all the problems yourself—you’re too close to the story for that. You need professional eyes on it.

WHAT HAS BEEN YOUR GREATEST LITERARY ACCOMPLISHMENT?
Winning two Literary Classics silver awards—one for my debut novel, The Heir (Verindon #1) in 2014 and one for Once Confronted this year.

DO YOU HAVE ANY NEW BOOKS IN THE WORKS?
I am currently working on another science fiction book called Our Own Kind but I think it will be a while before it’s ready. If you want to keep up with progress on it, you can visit my website.