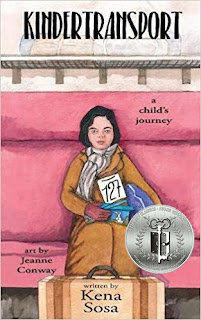 Helen, a young Jewish girl, could no longer play with the kids in her neighborhood, nor was she allowed to attend school anymore.  She couldn’t understand why the kids who were once her friends now spat at her and called her horrible names. As if that were not enough, her parents feared the worst and tearfully insisted on sending her by train to England where she could be kept safe.  Kindertransport – A Child’s Journey, by Kena Sosa recounts the atrocities of World War II at a time when children were sent away to escape the tyranny of the Nazi regime.  This relatable and heartfelt story is told from the perspective of young Helen as she struggles with accepting her new fate while hoping and praying for her parent’s safety.  Recommended for home and school libraries, Kindertransport – A Child’s Journey has earned the Literary Classics Seal of Approval.