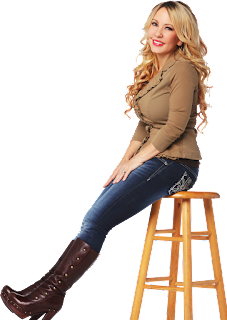 WHEN DID YOU FIRST KNOW YOU WANTED TO BE A WRITER AND WHY?: My father is a surgeon, but a poet in his free time. Being inspired by him, I took a stab at writing my first novel in the 1990's under his guidance. A few books later, I published my first one in 2007. I always said I would turn my hobby into my life, and I was able to quit my full-time job and follow my dreams almost ten years ago.
​
AS A CHILD, WHAT DID YOU ASPIRE TO BE WHEN YOU GREW UP? An actress and a surgeon like my father. I'm a producer and am playing a role in my first short film (Dinner is Served), and I hope it does well in film festivals! I did earn my Ph.D. in physiology - my dad's a medical doctor, but that's close enough! Writing has always been a love of mine, but I never saw myself doing it full time.
​
HOW DID YOU GET THE IDEA FOR YOUR AWARD WINNING TITLE?: This book is volume five in the YA Fiona Frost Murder Mystery Series. Fiona Frost is a seventeen-year-old criminal investigator who works in close collaboration with the crime lab as part of a grant-funded forensic training program. Each novel follows a murder case - which is often met with twists of the supernatural. The series builds energy in Fiona's life from the start, and it was time she gained a bit of federal experience. I worked closely in the planning stages with an FBI agent to ensure my story would be inspiring to young people, and not just purely fiction - as far as FBI procedures go and how they'd deal with younger interns.
​
I like to think of Fiona Frost as a modern-day Nancy Drew but with more forensic science built into the criminal investigations as opposed to strict 'Sherlock Holmes-style sleuthing.'
​
TELL US SOMETHING FUN ABOUT YOUR EXPERIENCE AS A WRITER: I am a murder mystery writer. I own a company (My Mystery Party) and have written over 100 murder mystery party games. I also write murder mystery novels. I am certain that with the hundreds of topics I research on the internet involving details of how to get away with murder - I am most likely on many government watch lists! Even though I may know best on how to get away with it - I'm harmless! I promise!
​
WHICH AUTHOR HAS MOST GREATLY INFLUENCED YOUR WRITING STYLE?: My father shaped my early writing experience, but in later years I would say my idol is J.K. Rowling (I am an enormous Harry Potter fan) and think she is a legend.
​
WHAT BOOK HAS HAD THE GREATEST IMPACT ON YOUR LIFE?: Other than the Harry Potter series, I would say the most impact a book has made is The Andromeda Strain by Michael Crichton. Even though I read it over 30 years after the release, it was amazing to me, and I could relate to it. With my background in science, I enjoyed the mix of science, suspense and intrigue.
​
WHAT HAS BEEN YOUR GREATEST LITERARY ACCOMPLISHMENT?: Winning the gold seal for volume 4, and now the silver seal for volume 5 from Literary Classics! I hope to win many more in the future, as well.
​
CAN YOU DESCRIBE THE PROCESS OF BECOMING PUBLISHED AND ANY TIPS YOU MIGHT OFFER FOR OTHER ASPIRING AUTHORS?: Write every day, never give up. Don't expect to publish your first novel. Write it, revise it, revise it ten more times and put it in a drawer (or hard drive folder) and move on to your next. With each novel you write, you improve and fine-tune what is coming from your heart and onto the paper. Don't let rejection letters get you down - the best authors have plenty of them.
​
CAN YOU OFFER ANY ADVICE FOR WRITERS ON HOW BEST TO PROMOTE THEIR BOOK? Social media is the best way in today's world. There are many ways to promote your novel on Amazon such as free giveaways and signing up with Kindle Select. Amazon even has a Kindle Scout program where the readers decide if you get published. Also, you can offer your book as a free promotion to get readers. Hopefully, these readers will give you glowing reviews, and you'll get snowball action from there.
​
IS THERE ANYTHING ELSE YOU'D LIKE TO SHARE WITH OUR READERS?: Don't give up on your dream. Even if you are just starting, and the end goal seems like it is on top of Mount Everest, and you're at the bottom of the mountain - keep your eyes on the goal and don't sweat the small stuff. You will fail. You will fail many times. But in the end, you'll succeed.
​
DO YOU HAVE ANY NEW BOOKS IN THE WORKS?: Taking a short break from the Fiona Frost Mystery Series (Blood Dolls was published the day of the contest deadline, so it's hot off the press). I'm currently collaborating with my son (Zakk Myer) on a YA thriller novel with a working title The Island. He's a student at The University of Texas and a gifted writer. We're going to see what a mother/son team can do! Then, it's back to Fiona Frost for another compelling murder case.
​
TELL US A LITTLE ABOUT YOUR NEXT BOOK, WHEN IT WILL BE AVAILABLE, AND WHERE IT CAN BE PURCHASED:
We are still writing, but our publication schedule has the draft in the editor's hands by the time Zakk heads back to school - then, we're looking at a late winter / early spring release.
LITERARY CLASSICS Book Awards & Reviews International Book Awards • Top Honors Youth Book Awards • Seal of Approval http://www.clcawards.org
Posted by Author.Pub at 9:46 AM