Author Spotlight - Angela Blount, on her award winning book, Once Upon a Road Trip 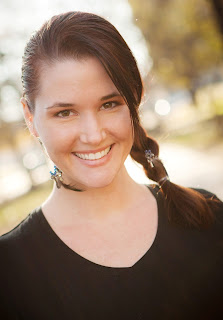 WHEN DID YOU FIRST KNOW YOU WANTED TO BE A WRITER AND WHY?:
I think I knew when I was in the sixth grade, and I couldn't stop narrating my own daydreams. (Fortunately I kept it all in my head, so I didn't question my sanity much beyond what seemed reasonable for a near-teenager.) I'd started asking "What if...?" questions to all kinds of scenarios--visualizing alternate endings to both reality and fiction.
​
I'd been a voracious reader all through elementary school, but it suddenly occurred to me that I could try writing my own story. My first book was done all in pencil and filled an entire spiral-bound notebook. It was an adventurous tale about a group of kids (conveniently my age) who were valiantly attempting to save a herd of endangered white rhinos. It was terrible. Most authors have a starter book that should never see the light of day, and that one was mine. For some reason, the admitted awfulness only made me want to get better at it.
​
AS A CHILD, WHAT DID YOU ASPIRE TO BE WHEN YOU GREW UP?:
I spent most of my elementary years telling people I wanted to be an Oceanographer. I didn't. It sounded impressive at the time, and I was one of those kids who didn't have some burning dream job I'd picked out early on. The idea of doing the same thing--all day, every day, 5 days a week--sounding dauntingly boring. For a time I gave serious thought to becoming an astronaut...until I found out how many math courses would be involved. 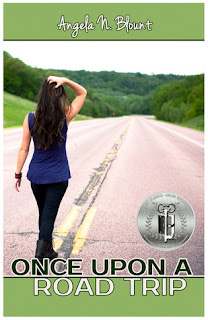 ​
HOW DID YOU GET THE IDEA FOR YOUR AWARD WINNING TITLE?:
In my case, it wasn't so much a story idea as a piece of my life that happened to make a great story. Every time someone asked me how I met my husband I had to pause and decide how best to condense a novel-sized account down to a few tidbits...which inevitably made me sound a little crazy when I got to the "Well, technically I met him on the internet when I was 15--but I didn't meet him face-to-face until I turned 18 and went on this cross-country road trip..."
​
WHAT OTHER BOOKS HAVE YOU PUBLISHED?
Once Upon an Ever After (The sequel to Once Upon a Road Trip.)
​
TELL US SOMETHING ABOUT YOUR EXPERIENCE AS A WRITER:
Even after I realized how much I enjoyed writing, I resisted doing anything serious with it for many years. It was too impractical. So many articles I read made it seem as though I had a better chance of winning the lottery than I did of making a living off of being a writer. It took me a while to realize there was no shame in keeping my "day job" and working toward my writing career on the side.
​
I realized this was meant for me when I tried to quit and discovered I couldn't. No matter how discouraged I was, I couldn't turn off the storytelling part of me.
​
WHAT BOOK HAS HAD THE GREATEST IMPACT ON YOUR LIFE?:
Offhand, I would have to say Lois Lowry's The Giver. That was my first taste of dystopian, and it hit me at an impressionable time in my mental and literary development. Lowry presented difficult but realistic subject material, and did so in a way that was impactful without being preachy. It haunted me for weeks. I knew after reading it that I wanted to write things that could make people think, or at least think about something important in a different way.
​
WHAT HAS BEEN YOUR GREATEST LITERARY ACCOMPLISHMENT?:
To date, I think my greatest moment was realizing I'd seen two of my books published by the age of 30. I hadn't set that as a goal for myself, but it was a deeply satisfying realization.
​
CAN YOU DESCRIBE THE PROCESS OF BECOMING PUBLISHED AND ANY TIPS YOU MIGHT OFFER FOR OTHER ASPIRING AUTHORS?:
For me, becoming published was a 5-year intensive journey of learning, rejection, skin-thickening, and persistence.
​
My personal tip for aspiring authors: Get connected. If you can't find a knowledgeable writing group that meets near you, join one online. Your skills will advance much faster within a support group that can offer you workshops and feedback. I didn't know how much I didn't know until I joined the RWA (Romance Writers of America). And honestly, that's probably for the best! If I'd realized the learning curve I was about to scale, I might have been intimidated into having second thoughts.
​
Also, take the time to review books you're reading. Even if it's just for your own archival reasons on a site like Amazon or Goodreads, reviewing will help you analyze what you do and don't like about books and why. It has a lot of potential to give you a new insights into your own writing.
​
CAN YOU OFFER ANY ADVICE FOR WRITERS ON HOW BEST TO PROMOTE THEIR BOOK?
For me, Goodreads has been an invaluable resource. They facilitate book giveaways that can offer noteworthy exposure, and a good number of their groups offer Read-to-Review programs that can help get the word out.
​
IS THERE ANYTHING ELSE YOU'D LIKE TO SHARE WITH OUR READERS?:
Thank you for reading! :) Without you, I'm just a functional-eccentric who can't seem to stop telling herself stories.
​
DO YOU HAVE ANY NEW BOOKS IN THE WORKS?:
I do! Several, in fact. I've found myself alternating back and forth between an interconnected set of Contemporary YA books, and a YA sci-fi series. Drastically different genres, but strangely refreshing to have the variety. New developments coming soon on that front. Stay tuned!
​
​
​
“Sometimes the most scenic roads in life
are the detours you didn't mean to take.”
― Angela N. Blount, Once Upon an Ever After
​