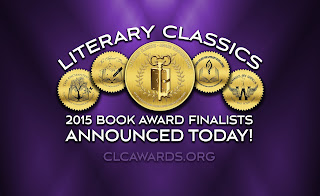 Final award levels and categories will be announced October 15, 2015

Literary Classics is pleased to announce its 2015 selection of finalists for children's and young adult literature.  The list includes titles received by entries from around the globe. We commend all those who were considered for this year’s awards as the caliber of books received was quite impressive and competition was fierce.