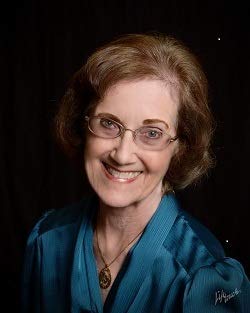 WHAT INSPIRED YOU TO BECOME A WRITER?
My students. When I was teaching 5th grade my students read Newbery Winning and Honor books. Then they did book reports. They had so much fun, sometimes even dressing up as the characters in the books, that I started thinking how nice it would be to write my own book. So I did. Several, in fact.

WAS THERE A TEACHER OR OTHER MENTOR WHO INFLUENCED YOUR WRITING?
I guess my 5th grade students were my mentors, since they were my inspiration. They did not give me advice or encouragement. They had no idea I was learning to write a book. At the time, I was writing articles for children’s magazines based on science and art activities we did in the classroom. They knew about these. I did take two different writing courses. The first was on writing for children’s magazines, which was a great course. The second was writing novels. My instructor was great. Together she helped me learn the basics. I mailed her my different assignments and finished a whole book. It wasn’t published, but I learned a lot.

HOW DID YOU GET THE IDEA FOR YOUR AWARD WINNING BOOK?
A Family for Leona is loosely based on my mother’s life. She was an Orphan Train rider, from New York to Texas. I knew little about her life as a child. Her mother died when my mother was young. Six children were left. Times were different then. They were poor. Their father could not take care of his children, so a couple were adopted there in Brooklyn, a couple were in their teens and got jobs. My mother and the youngest girl were put on the train, along with other orphans and sent to different states. So, I took what I knew of my mother’s life and created the rest from what I knew about her foster family, hoping to show the love that foster parents can give a child, and the child can love them back.

WHAT IS YOUR FAVORITE LINE FROM YOUR AWARD WINNING BOOK?
“We now have three precious daughters.” (Leona’s foster mother says this.) It shows that family is family, whether you’re born into it, adopted, or a foster child. It’s the love that counts.

WHICH OF YOUR CHARACTERS FROM YOUR AWARD WINNING TITLE DO YOU BELIEVE ARE MOST LIKE YOU AND WHY?
I’d like to say Leona, but she’s independent, daring, outspoken, and does what she wants to. That’s not me. The oldest sister, Florence, is more like me. She thinks rationally, doesn’t get excited, and tries to help others.

WHAT MESSAGE DO YOU HOPE READERS WILL GLEAN FROM YOUR AWARD WINNING BOOK?
Love is what makes a family.

HOW DID YOU GET PUBLISHED?
I searched for an agent for a long time, but never found one. So I started sending my work to publishers that sounded good, and surprise, I was published. It took a while, but I now have fifteen books published.

IF A CLOSE FRIEND OR LOVED ONE WANTED TO WRITE A BOOK, WHAT GREATEST PIECE OF ADVICE WOULD YOU GIVE THEM?
Do it. Never give up. And be patient.

CAN YOU OFFER ANY ADVICE FOR WRITERS ON HOW BEST TO PROMOTE THEIR BOOK?
Promotion is hard for me. I hate to sound pushy, but we have to let the world know about our books. I’m on Facebook and Twitter. I have two blogs. I read and review a lot of books for other authors to help promote their work.

WHAT HAS BEEN YOUR GREATEST LITERARY ACCOMPLISHMENT?
Winning the Children’s Literary Awards for four of my books. That is awesome. I’ve also won some other awards: The Next Generation Indie Book Awards, The Eric Hoffer Award. Also, I think it’s great to hear a young reader say he/she really likes my story. That’s what it’s all about.

WHAT ARE YOUR GREATEST LITERARY ASPIRATIONS?
I just want to keep writing and hope someone reads my books. Winning more contests would be nice too.

TELL US SOMETHING PEOPLE MAY NOT KNOW ABOUT YOU THAT THEY MIGHT FIND INTERESTING:
When I was a child, I hated to read. I read only when required to in school, never at home. For book reports, I used the jacket cover, as if the teacher couldn’t tell. In spite of my lack of reading skills, I went to university, graduated with a degree in education and became a teacher. Yeah, who would have thought it? The best step I ever took.

IS THERE ANYTHING ELSE YOU'D LIKE TO SHARE WITH OUR READERS?
Just that I thank all the great authors that have inspired me to do my best and all of the great readers who read what I write. You’re all awesome. Thank you.

WHAT OTHER BOOKS HAVE YOU PUBLISHED?
Under a Purple Moon
Princess Breeze
I Live in a Doghouse

DO YOU HAVE ANY NEW BOOKS IN THE WORKS?
I’m working on four different ideas now.