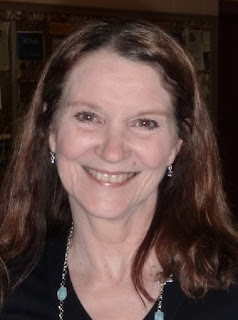 WHEN DID YOU FIRST KNOW YOU WANTED TO BE A WRITER AND WHY?
I never thought about being a writer until I was an adult with grown children and a lot of time on my hands.
​
AS A CHILD, WHAT DID YOU ASPIRE TO BE WHEN YOU GREW UP?
I thought I wanted to be an actress.
​
HOW DID YOU GET THE IDEA FOR YOUR AWARD WINNING TITLE?
The book is a 21st century version of Jane Austen's Sense and Sensibility. I wanted something that was reminiscent of her title, but something that was firmly rooted in the 21st century. My main character, Caroline Benedict, is "certainly the most sensible" of Susan Benedict's three daughters.
​
​
WHAT IS YOUR FAVORITE LINE FROM YOUR AWARD WINNING BOOK AND WHY?
It's a scene between my two main characters, sisters Allie and Caroline. They are discussing Richard, the man Caroline loves but who is engaged to another woman. Caroline says, "...the idea of dating makes me nauseous." Allie replies, "There's medicine for the nausea"
​
WHICH OF YOUR CHARACTERS FROM YOUR AWARD WINNING TITLE DO YOU BELIEVE ARE MOST LIKE YOU AND WHY?
Susan Benedict, the mother. She is divorced (like me) and an English teacher.
​
WHAT MESSAGE DO YOU HOPE READERS WILL GLEAN FROM YOUR AWARD WINNING BOOK?
That women are strong and can overcome any obstacles.
​
TELL US SOMETHING FUNNY ABOUT YOUR EXPERIENCE AS A WRITER:
Attending author fairs is always interesting, especially when the attendees are more interested in the writer sitting next to you!
​
WHICH AUTHOR HAS MOST GREATLY INFLUENCED YOUR WRITING STYLE?
Jane Austen
​
WHAT BOOK HAS HAD THE GREATEST IMPACT ON YOUR LIFE?
Either "Pride and Prejudice" or "Sense and Sensibility."
​
WHAT HAS BEEN YOUR GREATEST LITERARY ACCOMPLISHMENT?
Actually following through on my original idea to write this book. I'd never written a book before and had no idea what I was doing. I experienced a lot of criticism but pushed through it and finally got this version. For that I have to thank my editor, Kinan Werdski.
​
DO YOU HAVE ANY WRITING RITUALS?
Try to stay off social media and solitaire and focus on the work.
​
HOW DID YOU GET PUBLISHED?
I don't have an agent, but I just sent the book to lots and lots of publishers and finally found one who took a chance on me and "Certainly Sensible."
​
WHAT DID YOU DO TO CELEBRATE YOUR AWARD WINNING BOOK?
The book was released in December of 2015, but when I won the Gold Medal in the 2016 Literary Classics Awards Contest, I blasted it all over Facebook and then sent out emails to friends/family who aren't on Facebook.
​
CAN YOU DESCRIBE THE PROCESS OF BECOMING PUBLISHED AND ANY TIPS YOU MIGHT OFFER FOR OTHER ASPIRING AUTHORS?
As someone famous once said, "Kill your darlings." Edit edit edit. Signing the contract is just the first step. Be patient through the editing process and listen to your editor's advice. However, YOU are the author, so stay true to your story and follow your gut.
​
CAN YOU OFFER ANY ADVICE FOR WRITERS ON HOW BEST TO PROMOTE THEIR BOOK?
Social media, get invited to local author fairs, enter contests.
​
IS THERE ANYTHING ELSE YOU'D LIKE TO SHARE WITH OUR READERS?
I always follow Stephen King's advice to use adverbs as infrequently as possible.
​
DO YOU HAVE ANY NEW BOOKS IN THE WORKS?
Yes, I have a follow up to my very first published novel, "Confessions of a Teenage Psychic" coming out later this year with The Wild Rose Press. My former 15 year old psychic medium Caryn is now 18, in college, and comfortable with her abilities. She meets a fellow student who isn't psychic but can talk to ghosts, something Caryn can't do. They are forced to team up.
​
I don't currently have a release date, but keep watch on my Facebook page, on The Wild Rose Press's website www.thewildrosepress.com and on Amazon.
​
WHAT OTHER BOOKS HAVE YOU PUBLISHED?
Confessions of a Teenage Psychic
Genius Summer
​
​
​
​
​
​
​
​
​
​