Sheila and the Magnificent Tail, by Jeremy Shapiro, earns the Literary Classics Seal of Approval 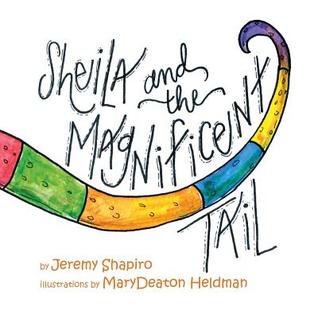 Sheila and the Magnificent Tail, by Jeremy Shapiro, is the story of a Leopard Gecko that is enormously pleased with her colorful and sparkly tail.  She so loves the admiration her tail brings her that she becomes exceedingly jealous whenever anyone else receives any sort of attention.  Her pride becomes her downfall when she suffers an accident in which she loses her tail.  Fearing she has lost the one and only thing that makes her special, Sheila becomes very sad.

Over time Sheila befriends Harriett, another gecko whose tail was also lost.  Sheila and Harriett come to find happiness as they realize the many things for which they can be grateful.  Eventually Sheila learns her tail was not what made her magnificent at all.  Now, rather than being known for her tail, she is known for being kind and considerate.

Sheila and the Magnificent Tail is a heartwarming story that will speak volumes to young children about humility, gratitude and kindness . . . and above all, cherishing the things that really matter. This book is highly recommended and has earned the Literary Classics Seal of Approval.