Compass, by Jennifer Gibson earns our Seal of Approval 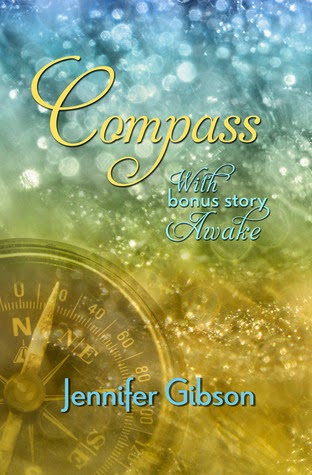 Compass is book two in Jennifer Gibson's heartening trilogy about Jessie, a young girl who is hearing impaired.  Compass is solid as a stand-alone book, but is a wonderful read when followed by Sway, the first novel in her series which is based upon a true story.  In book two we are reintroduced to Jessie who is plagued by bullies who capitalize on her disability to cause her merciless shame.

Despite her struggles, life is pretty good for Jessie.  She has a boyfriend whom she adores and she enjoys karate, a sport at which she excels.  But when a jealous karate coach and a competitor in a tournament pit against her, they manage to turn her life upside down, leaving her hurt and disheartened.  Jessie is a very genuine and likable character struggling with some pretty powerful emotions, some of which she succumbs to, and some which she rises above.  But all the while she carries herself with dignity and grace as she searches herself for the truths that will help her sort out who she can really trust.

When Jessie and her boyfriend help at a summer camp working with challenged kids, she is able to connect with even the most troubled kids.  These kids sense a true connection with her as she is able to empathize with them and their daily struggles. Compass is delightful, insightful and a joy to read.  - This book comes highly recommended and has earned the Literary Classics Seal of Approval.