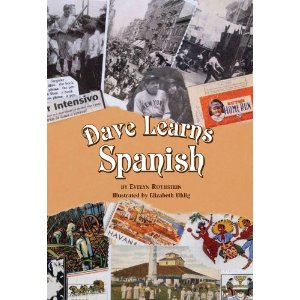 Dave Learns Spanish is the story of a young man growing up in the 1920's in New York City who doesn't want to settle by taking an ordinary job. He decides he'd like to learn Spanish and possibly travel to Panama or Cuba some day. Fueled by passion and a single-minded determination to succeed, he devotes nearly all his time and energy into learning to speak Spanish. As he begins to teach himself the language, he quickly learns that he can recognize the meanings of many of the Spanish words, a point which is demonstrated throughout the book, as both the English and Spanish versions of a sentence are shown.

Dave Learns Spanish is based upon the true story of the author's father, who eventually went on to master twenty languages.

This is a wonderful story with an inspiring message for young children to reach for and attain their dreams.